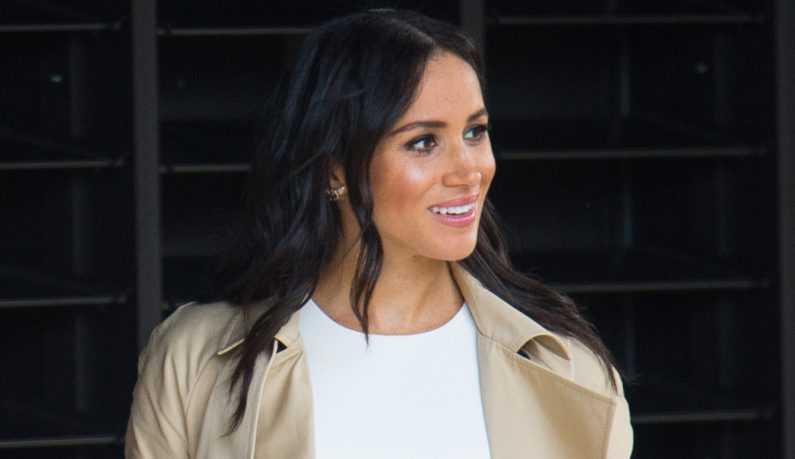 Samantha told The Sun that she’s happy for Meghan, 37, and husband Prince Harry, 34, and hopes their future child could help heal the rift among the Markle family.

Kensington Palace announced Meghan’s pregnancy via a statement on Monday that referenced Meghan’s mother, Doria Ragland, but made no mention of Thomas.

It has not been confirmed how Thomas learned of the pregnancy.

Samantha, who is on holiday in Ireland after a visit to the UK where she tried and failed to arrange a meeting with Meghan, said: “I would hope that — for the sake of the baby, the family, the world and my dad — that leaving him out of the statement was not intentional.

Samantha also said that “a baby changes everything and softens everyone” and she hopes there will be “some adjustment” to include her father.

The state of Meghan’s current relationship with her father is unclear.

He had been scheduled to walk her down the aisle at the Royal Wedding in May but pulled out at the last minute, saying he had heart problems that made him unable to travel.

Shortly before the wedding he’d been exposed for collaborating with paparazzi on set-up photos, something that Samantha subsequently said she’d told him to do in order to change the public perception of him.

During an interview with ITV’s Good Morning in June, Thomas said he’d yet to meet Harry in person but had spoken with him on the phone.

In the same interview, he predicted a royal baby would arrive sooner rather than later – and he was right.

Thomas has yet to address Meghan and Harry’s baby news himself but, of course, there have been multiple rumours swirling about how he reacted.

According to the Daily Mail, it was Meghan’s mum, Doria, who informed him of the pregnancy news, although that has yet to be confirmed.

It’s also alleged he wrote a congratulatory letter to the soon-to-be parents, with an insider saying: “He said he had been remembering when Doria found out she was pregnant with Meg, and how emotional he felt. He only hopes he can share some of the joy.”

In a statement issued via Kensington Palace, Doria said she was “very happy” and looking forward to welcoming her first grandchild next spring.

Former actress Meghan revealed the first hint of a baby bump as she started her overseas tour with Harry in Sydney on Tuesday, looking beautiful in a fitted cream dress.

The couple will also travel to New Zealand, Fiji and Tonga on their first international since marrying.

Are you excited about a royal baby? Leave us a comment on our Facebook page @EntertainmentDailyFix and let us know what you think!