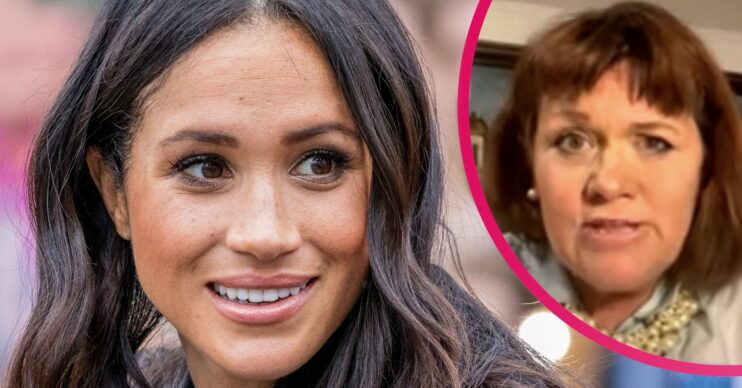 She claims Meghan studied the royals...

Samantha Markle has accused her half-sister of ‘mimicking’ the late Princess Diana.

In a new interview Samantha, 56, said she believed Meghan, 40, has repeatedly copied Princess Diana’s style in the past.

While speaking to GB News, the estranged half-sibling said: “In several interviews and publications it was made clear that she [Meghan] had gone to ‘Duchess School’.

“She had studied the royals, she had mimicked [Princess] Diana. She had looked at their lives. And so I don’t believe that she was naive and wasn’t unaware of what she was getting into.”

Then later said: “When this had all started, before the wedding, I looked at that and thought a lot of young girls fantasised about being princesses around the time of Princess Diana’s life.

“I didn’t really pay attention to it, it wasn’t until much later when I saw all of the photographs, the mimicry of Diana.

“Of the gestures, wearing the same clothes and looking at a lot of evidence that Meghan knew a lot about the royals. She studied their lives and that is apparently where she wanted to be.”

She explained: “To use a clearly sentimental name that was associated with the recently deceased Prince Philip – so much sorrow and love there for Her Majesty…

“I just think it slides directly in the face of decency and humanity and kindness to just throw that in their faces and go above and beyond and just take it.

“As if they just want to take that part in history….without her consent or blessing.

“Definitely I feel it was a power play.”

Towards the end of the interview Samantha appeared to break down in tears.

Journalist Dan Wootton asked Samantha if she loved her half-sister.

She seemed to well up at this point and said: “It’s so hard to love someone who has caused so much pain to so many people.

“Especially with our dad having two heart attacks and watching her do this to the royals.

“I can’t say I can love somebody who is so unbelievably cruel.”

Meghan claims to have been out of contact with Samantha for many years now.

She even addressed their estrangement during her interview with Oprah Winfrey.

Here Meghan claimed her surprise at Samantha writing a tell-all book about her.

The former Suits actress told Oprah: “I think it would be very tell-all when you don’t know me.

But Samantha went on to dispute this and said she had definitely spent time with Meghan in more recent years.

Samantha Markle told Inside Edition: “I don’t know how she can say I don’t know her and she was an only child.

“We’ve got photographs over a lifespan so how can she not know me?”