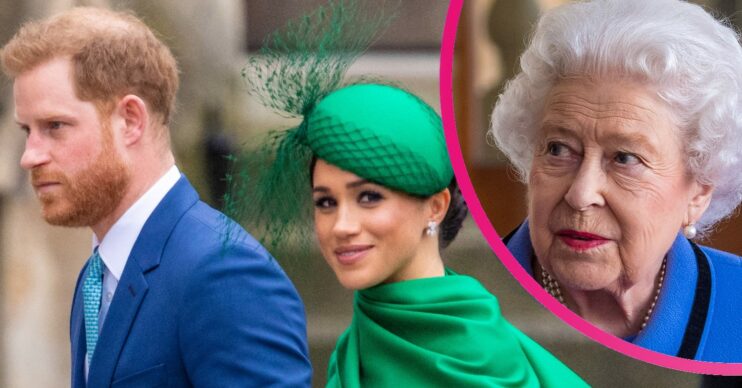 Racist claims made by Meghan Markle and Prince Harry are reportedly being “ignored” by the Royal Family.

An updated version of Finding Freedom, written by Omid Scobie and Carolyn Durand, is days away from being published.

Within it the Royal Family’s handling of Meghan and Harry’s ‘racist’ claims is criticised.

A leak from an updated epilogue also says that the couple considered naming the alleged racist Royal family member in their Oprah Winfrey interview.

A friend of the couple also apparently claims that “little accountability” was taken by the Royal Family following the interview.

However, a source also told the book that they believe the Royal Family hope that by “ignoring” the allegations, the issue will “go away”.

Omid and Carolyn write: “There is a feeling that if it’s ignored it will go away but surely by now they should have learned that that never happens?”

What did Meghan Markle say?

In Meghan Markle and Prince Harry’s interview with Oprah Winfrey, they both alleged that a member of the Royal Family had made racist comments.

They claim that questions had been raised over what skin colour their son Archie would have.

Meghan told Oprah: “They didn’t want him [her then unborn child] to be a prince or princess.

“Not knowing what the gender would be, which would be different from protocol, and (said) that he wasn’t going to receive security.

“In those months when I was pregnant… we have in tandem the conversation of ‘you won’t be given security’.

“Not gonna be given a title and also concerns and conversations about how dark his skin might be when he’s born.”

Meanwhile, Prince Harry said: “That conversation, I’m never going to share. But at the time, it was awkward. I was a bit shocked.”

How did the Royal Family react?

Prince William reacted to the claims by telling a reporter: “We are very much not a racist family.”

The Queen issued a formal statement.

“The issues raised, particularly that of race, are concerning. While some recollections may vary, they are taken very seriously and will be addressed by the family privately.