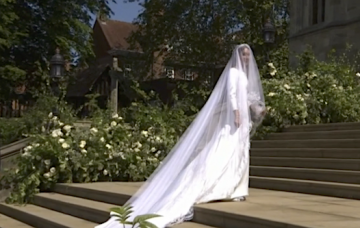 The bride has arrived at St George's Chapel

After months of speculation, Meghan Markle’s wedding dress has finally been revealed!

Meghan wore her hair in an updo with a tiara as she walked up the steps of St George’s Chapel just after noon.