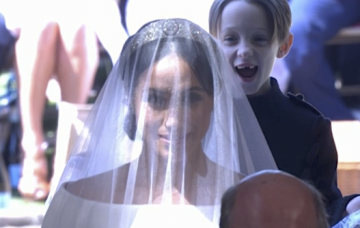 The bride looked stunning as she arrived at St George’s Chapel at Windsor Castle just after noon on Saturday.