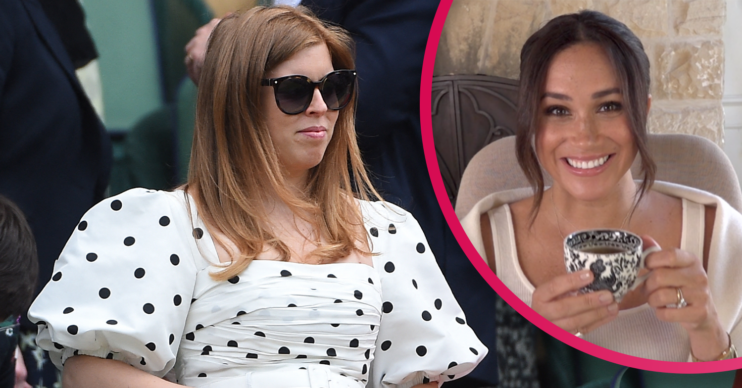 Meghan Markle's 40th was celebrated by senior members of the family

Royal fans have been left confused after the birthday of pregnant Princess Beatrice seemingly came and went without a message on social media from any of her family.

Her husband Edo Mapelli Mozzi took to Instagram to wish his wife a very happy birthday.

But, at the time of going to press, no senior royals had followed suit and done the same.

And some royal watchers have pointed out that it’s in stark contrast to the treatment Meghan Markle got on her recent 40th birthday.

Princess Beatrice birthday: Did any royals send their love?

Well… No. Not publicly at least.

The Duke and Duchess of Cambridge have been active on social media today, posting about Team GB’s success in the Tokyo Olympics.

But so far there’s been no birthday message to Beatrice.

The official accounts for the Queen, Prince Charles and Camilla and Beatrice’s sister Princess Eugenie also remained silent about the royal birthday.

Even the princess’ own mother Sarah Ferguson hasn’t shared a birthday message to her eldest.

They came at around 9am – and despite the fact that she is no longer a working royal.

So what did fans say about the Princess Beatrice ‘snub’?

Fans were more than a little confused about the apparent snub.

“Still no ‘Happy Birthday’ wishes to Beatrice from Queen, Charles, William or even Eugenie??? What’s going on?” asked one Beatrice fan at around 3pm.

Another added: “Adorable post from Edo to Princess Beatrice. Also, no love from @RoyalFamily but another certain non-working royal who is not a granddaughter of the monarch got a HBD post.

“Interesting,” they said referring to Meghan.

“They tweet about the one who left who isn’t a working royal but don’t post for the Queen’s granddaughter?? Shameful,” another slammed.

“Why is there no Happy Birthday tweets for Beatrice from the royal family?” asked another.

‘Maybe they can talk in person’

However, some were quick to point out that just because it didn’t appear on social media doesn’t mean the royals didn’t wish Beatrice a happy birthday in person.

One royal fan defended the family and said: “Maybe because they can talk in person? Don’t have to do it via media!”

Another agreed: “Think it’s because they are closer to Her Majesty and no need to let uncle Tom Cobley and all know of their birthday wishes.

“Do you tell your brother you wished your aunt a happy birthday?” they added.