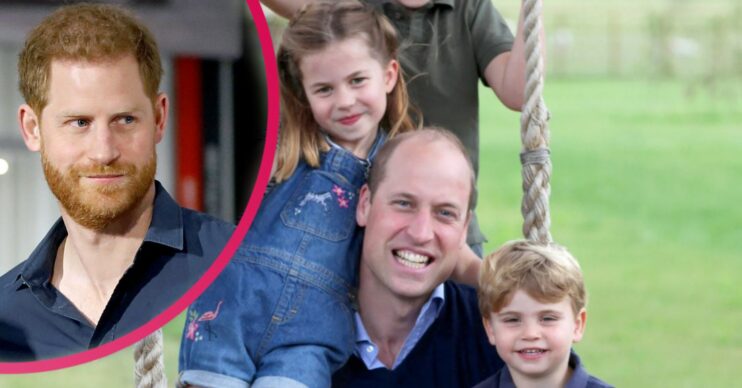 It won't happen till Charles takes over, though

The latest royal family news suggests Princess Charlotte and Prince Louis could see their roles minimised as they get older.

While the eldest of the Cambridge children, Prince George, has his fate sealed as the future king, things aren’t so black and white for his siblings.

After their uncle Prince Harry made his departure from royal duties last year alongside wife Meghan Markle the children’s future roles could now be very different in a bid to streamline the monarchy.

Royal family news: What will slimmed-down monarchy look like?

She told Newsweek: “When they’re growing up their grandfather will be on the throne for a bit. He’s talked about this slimmed-down monarchy. It is quite possible that they are not even going to be involved very much.

“I think they will have to be given more freedom. Obviously Charles is right in the firing line with Harry. So he can see the mistakes he made with Harry.

“Harry just did what he wanted basically. So did William up to a point. But I think that Charlotte and Louis will have a very much less royal existence.”

Ingrid also believes the changes won’t take place until “the Queen has gone to greener pastures”.

What are Prince Charles’ plans for the monarchy?

Reports earlier this year already claimed that Charles plans for a team of seven senior royals – not including Prince Harry, Meghan Markle or Prince Andrew.

Royal expert and author Angela Levin previously told talkRADIO: “Prince Charles has wanted for a very long time to cut the monarchy down to save costs and to make people be worth the money that they got from the taxpayer.”

She thinks the “outer edge,” will be what Charles changes.

Angela added: “The Queen has wanted to keep together for a very long time for sentimental reasons. At her age she didn’t really particularly want change, which I think is understandable.

“But he wants to change and I think he will do that.”