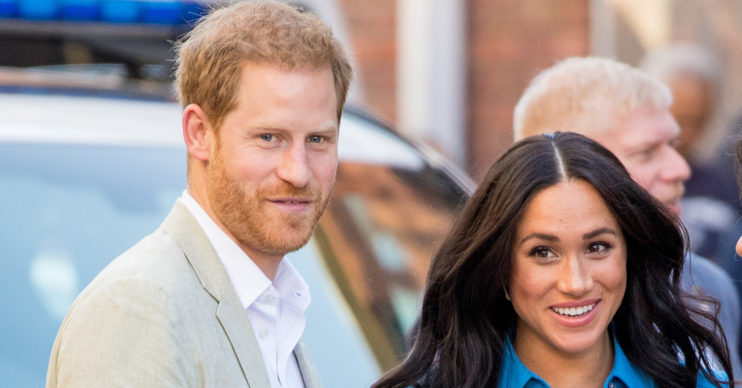 Lady Campbell says she will reveal all on Harry and Meghan

Celebrity First Dates star and royal author Lady Colin Campbell says she is writing a tell all on Meghan Markle and Prince Harry.

The aristocrat, 70, says she has plenty of inside information about the former royals.

Lady Colin has already written several royal biographies, but this one looks to be her juiciest yet.

She says the book will be called Meghan and Harry: The Real Story.

Her two sons, Dimitri and Michael, have reportedly helped her with research.

Speaking to the Daily Mail, she said: “It’s called Meghan And Harry: The Real Story.

“There are plenty of revelations. I’ve had members of the Markle family to stay, but I’m not saying anything until closer to the book launch.”

Read more: The Queen set to withdraw from public duties ‘for months’

As a result, this book may go head to head with Omid Scobie and Carolyn Durand upcoming book.

It aims to tell the “true story” regarding their departure from the British royal family.

Scheduled for an August release, an excerpt from the book promises: “With unique access and written with the participation of those closest to the couple, Finding Freedom is an honest, up-close, and disarming portrait of a confident, influential, and forward-thinking couple

“who are unafraid to break with tradition, determined to create a new path away from the spotlight, and dedicated to building a humanitarian legacy that will make a profound difference in the world.”

“Long time in the making”

British journalist Omid opened up about his upcoming debut on The Heir podcast.

He said: “It’s been a long time in the making. The last few weeks have been quite a challenge getting it all ready in time for the deadline.

“It feels nice to finally be able to talk about it after quietly beavering away on it for a long time.”

However, he says that Harry and Meghan likely didn’t expect things to end up the way they have.

“I don’t even think Harry and Meghan, who by their own account struggled with the realities of the situation, expected things to turn out the way they did.”