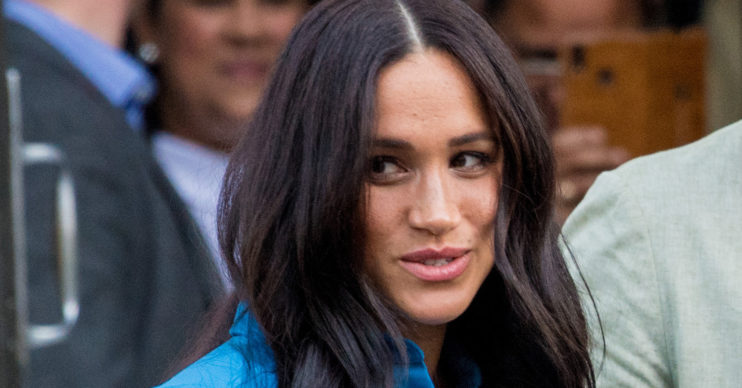 Reality star on school friend Meghan Markle: ‘She knew what she was doing’

A reality star has revealed how his former high school friend Meghan Markle once flirted with him.

He also claims his friend was brutally ‘ghosted’ by the former royal.

The Persian American celebrity revealed all on the celebrity podcast series Reality Life with Kate Casey.

“I grew up with her”

He said: “I went to an all-boys high school, and one of our sister schools was Meghan Markle’s.”

“I grew up with her. We were friends for a long time. She was a year older than me. Meghan was amazing, a woman among girls. Everyone was in love with her.

“She was sweet, and very kind. We admired her. She was a good friend.”

Nema then claimed that she “knew what she was doing” and deliberately learned his native Farsi to “toy” with him.

“She knew what she was doing,” he said.

“We were at a party one time and she sat on my lap. She got nose to nose with me. For a 16-year-old guy, that is an emotional moment.

“She got nose to nose with me”

“She said to me in Farsi, ‘You are so beautiful.’ I asked her: ‘How do you know Farsi?’ She said: ‘I learned it for you.’ Then she walked away.”

According to Nema the pair remained friends for years, but he was abruptly “ghosted” once she landed her Suits role.

He continued: “My friend Gabe that I grew up with dated Meghan in high school and he says that after she got on Suits, they were friends for years, and afterwards he said she kind of ghosted him.

“It really hurt his feelings. I got the sense Gabe really valued her friendship. So Meghan, if you hear this, reach out to Gabe. You know who that is, and just right that ship.”

Of course Meghan has now returned to Los Angeles with husband Prince Harry and baby Archie.

Here they are living in self-isolation at Tyler Perry’s sprawling estate above Beverly Hills.

Unable to properly launch their ArcheWell foundation, they have been biding their time with various charitable Zoom calls.

What do you think of Nema’s claims? Share your thoughts with us on our Facebook page @EntertainmentDailyFix.