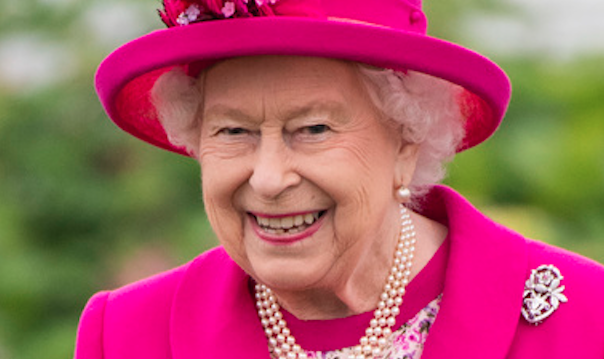 The Queen will be taking great pleasure from the manner in which the Duke and Duchess of Sussex are performing their royal duties, it has been claimed.

According to a royal commentator, the couple’s approach to protocol may differ from other royals – but it will be a hit with the Queen because she is so fond of the Commonwealth.

Prince Harry and wife Meghan Markle are halfway through their 10 day tour of Africa and pundit Richard Fitzwilliams believes their “uniquely informal” manner is ‘brilliant’, if unusual.

He told the Express.co.uk that Harry and Meghan’s tendency to hug and dance with people they have met is evidence of their determination to ‘do things their way’.

But Mr Fitzwilliams indicates their break from traditions also shows how Harry and Meghan are smart about how they connect with supporters.

He reflected: “Their main appeal is clearly to the young and it is brilliantly unorthodox.

“Meghan’s speech to her audience in the deprived township of Nyanga in Cape Town where there is a high level of violence, as ‘a woman of colour and your sister’ had an electrifying response.”

The royal expert also noted how introducing baby Archie to Archbishop Desmond Tutu could help boost the appeal of their brand across the world with “the enthusiastic response prov[ing] yet again the potency of the appeal of royals on tour.”

“Simi kunye kulesisimo” – ‘We stand together in this moment’ The Duchess of Sussex has tied a ribbon at the site where 19-year-old Cape Town student Uyinene Mrwetyana was murdered last month, to pay her respects and to show solidarity with those who have taken a stand against gender based violence and femicide. Over the last month in Capetown, protests erupted through the streets in outrage over GBV in South Africa. The Duke and Duchess had been following what had happened from afar and were both eager to learn more when they arrived in South Africa. The Duchess spoke to the mother of Uyinene this week to relay their condolences. Visiting the site of this tragic death and being able to recognise Uyinene, and all women and girls effected by GBV (specifically in South Africa, but also throughout the world) was personally important to The Duchess. Uyinene’s death has mobilised people across South Africa in the fight against gender based violence, and is seen as a critical point in the future of women’s rights in South Africa. The Duchess has taken private visits and meetings over the last two days to deepen her understanding of the current situation and continue to advocate for the rights of women and girls. For more information on the recent events in South Africa, please see link in bio. #AmINext

Read more: Cancelled ITV comedy Benidorm to be made into a movie

Mr Fitzwilliams suggested this – and well as their youth – would help strengthen the connection between Harry and Meghan and their target audience, claiming over 60% of the Commonwealth’s population are under 30.

And this is key to the Queen’s enthusiasm because she prizes the Commonwealth so highly.

He continued: “I am sure that the Queen, who cares so deeply about her beloved Commonwealth, will be delighted at their successes.”

Harry yesterday admitted he was “emotional” as he made a visit to Angola, recreating the memorable 1997 image of his late mum Diana walking through an Angolan minefield.

“It’s incredibly emotional to follow in the footsteps of my mother… If 20 years ago she hadn’t done what she did, this would still be a minefield. To see this as a thriving community is amazing.” – The Duke of Sussex Above, some words from The Duke of Sussex as he spoke candidly today about his experience retracing his mother’s visit to Angola in 1997. He was able to see firsthand more of the legacy she left on the world. Princess Diana brought global attention to the issue of landmines and helped change the future for this community in Huambo, and many more like it. This afternoon, 22 years later, The Duke was able to walk the same path, but now rather than walking amongst mines, he was able to walk among a bustling community with schools, colleges and small businesses. Earlier today The Duke joined @thehalotrust to once again highlight the issue of landmines that still threatens more than 60 million people worldwide. #RoyalVisitAngola Video © SussexRoyal