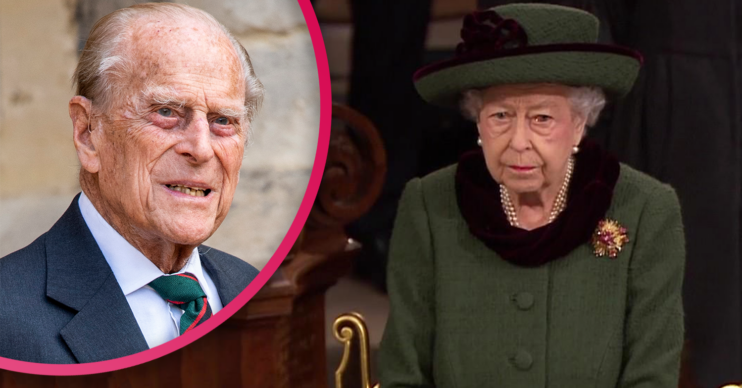 God Save the Queen was particularly poignant

The Queen was today (March 29) supported by an outpouring of support from Brits as she attended Prince Philip‘s memorial service.

Her Majesty was escorted to the service by Prince Andrew – a move that ruffled some feathers.

But Brits also expressed their concern for the monarch, with many admitting that their hearts broke for the “frail” royal during the service.

What happened to the Queen today?

The Queen looked emotional as today’s service of thanksgiving for the Duke of Edinburgh came to an end.

Many royal watchers commented on Twitter that she looked pretty emotional during God Save the Queen as the ceremony drew to a close.

Her eyes appeared to glisten, with many commenting that the moment “broke their hearts”.

Others commented on how “frail” the Queen looked.

He escorted her to her seat, before taking his.

Of course, the monarch’s health has been a cause for concern of late, and today’s appearance has seen renewed fears from royal fans about her frailty.

Pretty emotionally, it has to be said, with many sharing their fears for the 95-year-old monarch.

One said: “Watching our Queen has just broke my heart. She is so frail but still so dignified. I really hope this isn’t the last time we see the Queen in public.”

Another commented: “The Queen looks frail but I am glad to see her.”

A third said: “The Queen looks so frail.”

Another commented: “God bless our gracious #Queen. She looks frail but so dignified.

The Queen just broke my heart. So frail but dignified.

“There is no way she would have missed the service for #PrincePhilip. He was the love of her life. The nation wraps its arms around you.”

“The Queen just broke my heart. So frail but dignified,” said another. “Beatrice crying when her grandmother arrived. I feel like this will be one of the Queen‘s last public appearances.”

Another agreed and said: “It feels like we are watching the final chapter of the Queen and Philip’s story unfolding in front of our eyes.”