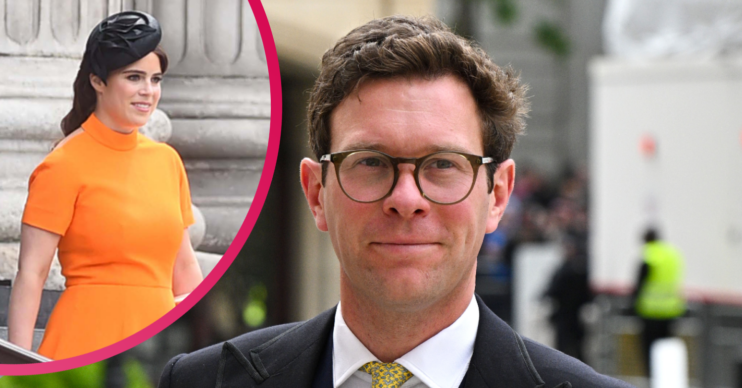 What a gorgeous family!

Celebrating the special day for her husband Jack, 32-year-old Eugenie posted a series of unseen snaps of him and their son August.

Dad Jack, a former bar manager, can be seen pushing his one-year-old son in a pram, and walking next to him as he toddles along.

Another picture shows Jack and August playing with his toys.

The images are a rare insight into the couple’s relatively low-key private life. Little August only attended his first official public appearance on the Sunday of the Jubilee weekend.

He joined the rest of the Royal Family at the Platinum Jubilee Pageant, alongside many of the other royal children.

Eugenie and Jack took it in turns to keep the adorable tot entertained, while they sat in the crowd, taking in the celebrations.

At one point, Eugenie bounced August on her lap, much to fans’ delight.

As the family enjoyed their day out, royal fans took to Twitter to share their thoughts, with many likening the toddler to his aunty Beatrice.

One wrote: “August’s got his mummy eyes. Same, but different. Absolutely adorable! And look at his [Union Jack] sweater.”

In addition, another gushed: “Princess Eugenie and Jack’s son August Philip is so adorable.”

She wrote: “The Platinum Jubilee Pageant was just incredible.

“To all the people that took part, organised it, made it flawless for us all watching, THANK YOU. You made us all so proud.”