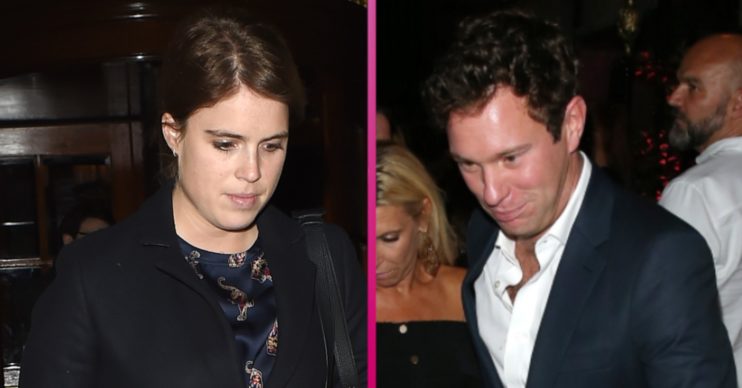 Harry and Meghan reportedly loaned them the house

Princess Eugenie and her husband Jack Brooksbank have deserted Frogmore Cottage, according to reports.

The couple, who are expecting their first child, were said to have been loaned the residence by Prince Harry and his wife Meghan Markle.

But according to sources, Princess Eugenie and Jack have moved out after living there for just six weeks.

A royal insider told The Sun: “It is empty again. Why does no one want to live in Frogmore Cottage? What is wrong with the place?”

When is Princess Eugenie and Jack’s baby due?

The couple, who have been married for two years, confirmed the pregnancy via Buckingham Palace.

A Palace official said Eugenie and Jack were “very pleased” to be announcing their news.

“The Duke of York and Sarah, Duchess of York, Mr and Mrs George Brooksbank, The Queen and The Duke of Edinburgh are delighted with the news,” a statement added.

The princess also posted a snap of baby booties on Instagram, saying: “Jack and I are so excited for early 2021.”

In October, the couple reportedly moved into Frogmore Cottage.

Apparently, removal men emptied the house of Harry and Meghan’s belongings in the dead of night.

But he and wife Meghan have since paid back the cash after stepping away from royal duties.

They still own the residence, which is located in Windsor.

A source had told The Sun: “Harry and Meghan didn’t fancy Frogmore for whatever reason but Jack and Eugenie are delighted with it.”

The expectant parents are reportedly living back at Kensington Palace.