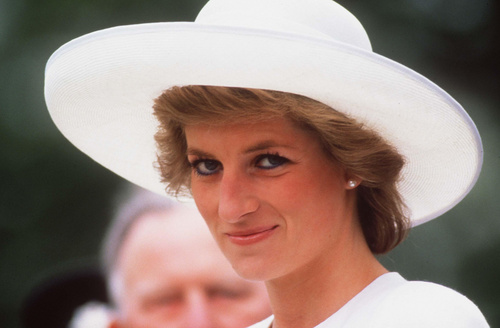 She would've liked her daughter-in-law

A former bodyguard to Princess Diana has said that she would be “putting her two fingers up at the monarchy” over Prince Harry’s marriage to Meghan Markle.

The Sun reports that Ken Wharfe – who worked for the late Princess for eight years – would have liked that Harry “had married an American divorcee”.

“I can see Diana putting two fingers up to the monarchy on the strength of that one, saying, ‘This is fantastic, this is the future of this family, this is the way it has to be’,” he said.

“Meghan is a consummate performer with her theatrical background, which gives her a huge advantage in dealing with the public.

“I remember her first public engagement with Harry in Nottingham, I think it was, and later at a radio station in Brixton and she was so brilliant in dealing with the media and talking to people with sincerity in her voice. Diana would have liked that.”

The Royal couple made sure Diana was represented at their son Archie’s christening ceremony.

It was the same chair that Diana and the Queen sat on in the official photos from Harry’s christening.

The Duke of Cambridge stuns well-wishers by greeting them in person after they hold all-day vigil outside Kensington Palace to mark Princess Diana’s birthday (01 July 2019) https://t.co/Ol0AEpQZ7A pic.twitter.com/3Tm4zC8Qsc

Earlier in June, Harry’s brother William surprised fans outside Kensington Palace as they held a vigil to mark his late mum’s birthday.

They were left stunned when William walked through the palace gates with security to greet and speak to them for several minutes.