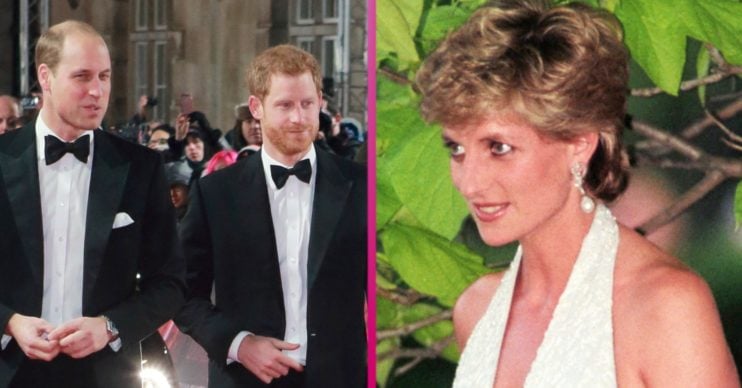 Princess Diana would have found a solution to Harry and William feud, says former bodyguard

Princess Diana wouldn’t have allowed Prince William and Prince Harry to have fallen out ‘so badly’.

The late Princess of Wales would have intervened, says the former royal servant.

Ken Wharfe says he thinks Diana would have found a resolution for the reported feuding brothers.

He thinks if it was down to her, Harry and Meghan Markle would have never stepped down as senior royals.

Ken Wharfe served as a bodyguard for Prince William and Prince Harry from 1986-1988.

He then served as Diana’s personal bodyguard up to 1993. He remained in the Royal Protection Squad up to his retirement in 2002.

While speaking to Vanity Fair’s royal expert, Katie Nicholl, he said Diana would have never wanted her sons to fall out.

He said: “She’d have quickly instigated a resolution. I don’t think Harry and Meghan would have left Kensington Palace if Diana was still around.”

Prince William and Prince Harry are on ‘different paths’

Ken later added: “If she could see the brothers at war, she’d be very upset about it.”

His words comes just days after the unveiling date for Princess Diana’s new statue was confirmed.

The royally appointed statue shall be unveiled to the public on what would be her 60th birthday – July 1st, 2021.

Both William and Harry worked together on a small committee to fund and plan the statue.

It shall stand at the Sunken Gardens at Kensington Palace.

It is reportedly Diana’s favourite place at the Palace. And it is also where Harry and Meghan had their official engagement photos taken.

According to Finding Freedom by Omid Scobie and Carolyn Durand, the brothers fell out over Meghan Markle.

William apparently shared concern when Harry appeared to be moving quickly in his relationship with her.

And they allege that Harry began infuriated by this, and regarded his comments about Meghan as snobbish.

In March Harry and Meghan stepped down as senior royals, and now reside in Montecito, California.

They will likely return to the UK next year for several important royal events – including the unveiling of the statue.