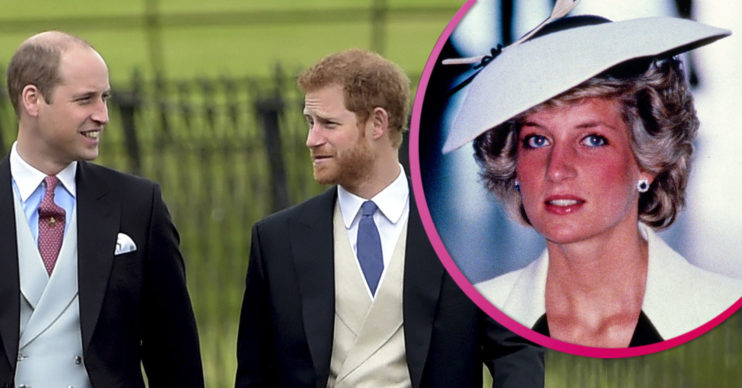 Princess Diana ‘would be devastated over William and Harry’s fallout’

The brothers have reportedly not been seeing eye-to-eye

Princess Diana would be “devastated” by her sons Prince William and Harry allegedly falling out, claims a biographer.

The brothers have reportedly grown apart over the last couple of years.

Now, Diana’s biographer Andrew Morton claims Diana took comfort in knowing William would be able to lean on his brother for support while carrying out duties when he becomes King.

Andrew Morton said in an article for the Mirror: “Diana, who doted on both of her sons, would be devastated to witness the breakdown of Harry’s relationship with William.”

Andrew said only Harry “can understand the onerous duties and responsibilities William will face” when he becomes King.

Morton added: “No one else can understand the pain of losing your mum at such a young age.

“No matter how much Harry and William love their wives, neither woman can truly know what this felt like.”

Diana would be devastated to witness the breakdown.

Robert Lacey is a royal author and has now written William and Harry – The Friendship and The Feuds.

The book, released in October 2020, looks set to make claims about the brothers.

One claim being that their rift stretches back to when Diana and Prince Charles got divorced.

What did he say about William and Harry?

In the press release for the upcoming book, Robert writes: “These two brothers have been acting out the contradictions that go back into their childhoods and even before that: into their parents’ ill-fated marriage.

“We have seen conflicts between heir and spare in every recent generation of the royal family.

“But nothing so profound as this.”

Meanwhile, a new book on Meghan and Harry will explain the alleged rift through their perspective.

Finding Freedom: Harry and Meghan and the Making of A Modern Royal Family will be released in August.

However, palace aides reportedly fear the book will paint William as “the bad guy”.

A royal insider source told the tabloid: “This sort of family spat shouldn’t be out there in public.”