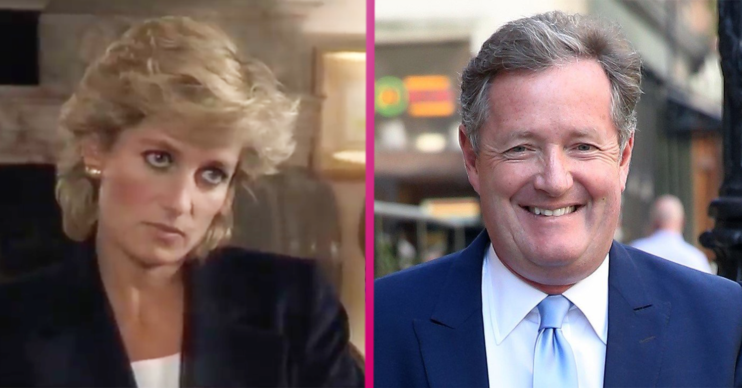 The had a private lunch six months after the interview aired

Princess Diana told Piers Morgan that she had “no regrets” over her infamous Panorama interview.

Diana spoke to Martin Bashir in 1995 – two years before her death.

And, amid backlash about the contents of the interview, she apparently invited Piers to a private lunch and told him exactly how she was feeling.

What did Piers Morgan say about the Princess Diana interview?

Writing in his Daily Mail column, Piers revealed the private lunch and what they spoke about.

And he’s attempted to lay to rest any speculation that Diana regretted speaking to Bashir.

Piers said: “In May 1996, six months after the interview aired, Diana invited me for a private lunch at Kensington Palace with her and 13-year-old Prince William. ‘Do you regret doing Panorama?’ I asked.

“‘No,’ she replied, emphatically. ‘I have no regrets. I wanted to do it, to put my side over. There has been so much rubbish said and written that it was time people knew the truth. But I won’t do it again. Once is enough. I have done what I set out to do.’”

What did Piers say about William?

With the teenage prince also in attendance at the lunch, Piers said he asked him if he thought it was a “good idea” that his mother took part in the interview.

He said he was “staring unhappily down at his plate” and, when he looked up, his measured reply still gave away how he was feeling.

“He pursed his lips, his cheeks reddened, and he replied: ‘I’d rather not say…’ William didn’t need to – his opinion was clearly very different to his mother’s,” said Piers.

Of course, William – now a grown man – recently spoke out about the Bashir interview.

And, with his comments, some royal fans accused him of “gaslighting” his late mother.