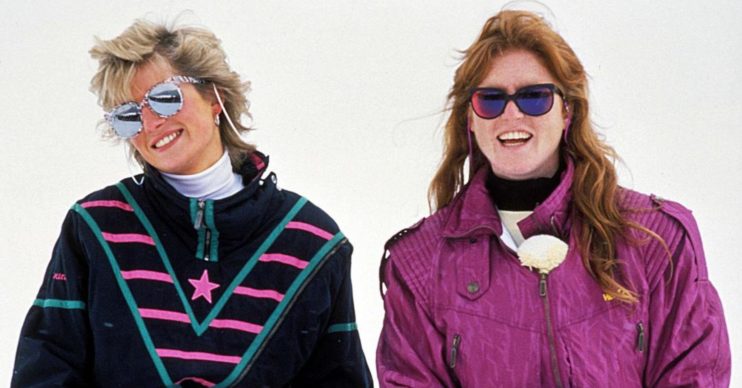 It will air on Channel 5 this weekend

Princess Diana could be ’emotionally cruel’ at times, according to a new documentary due to air on Channel 5.

Fergie Vs Diana: Royal Wives At War is set to examine The People’s Princess’ turbulent friendship with Sarah, Duchess of York.

What do Royal Experts say in the new Princess Diana documentary?

At one point in the documentary, Ingrid Seward, editor-in-chief of Majesty Magazine, says: “Well, the reason that the friendship paled, was entirely Diana. No one could believe that you could be great friends and do one thing wrong and Diana wouldn’t speak to you.

“It was very unique to her. Diana would be emotionally cruel. And if somebody upset her, she just cut them off – cut them out of her life.”

Before their relationship soured, Diana and Sarah were close pals, supporting each other as new members of the Royal Family.

The narrator explains: “Diana even defended her sister-in-law against important members of the Royal Family.

Richard Kay of the Daily Mail then says: “Diana had quite a set-to with Princess Anne, who was complaining about something that Fergie had done. And Diana stood up for her and said her piece.

Diana would be emotionally cruel. And if somebody upset her, she just cut them off.

“And it was rather brave of Diana. She more or less asked Anne, ‘Look, you’ve got to give her a break. Fergie’s good for the family but she’s finding it hard to adjust, just as I did’.”

It reveals one particularly cutting remark the Duke of Cornwall reportedly made to Diana that she found hurtful. That’s because it compared her to Fergie, whose personality was completely different.

Diana was more used to mixing with royalty and aristocratic people than Fergie. Nevertheless, she was insecure about her place in the Firm. It was thought that Sarah would bring her out of her shell.

Fergie was seen as a breath of fresh air when she first came on the scene, the documentary explains.

But Diana allegedly grew jealous, as the Queen and Fergie seemed to have easy rapport

Jo Hemmings, psychologist and relationship coach, explains: “There was a point at which Charles said to Diana, ‘Why cant you be more Fergie?’ Now, for someone whose self esteem is already pretty low, who’s feeling very vulnerable…

“That wasn’t just a rebuke, that would have been one of the most cutting, hurtful remarks that her husband could have made to her.”

– Fergie Vs Diana: Royal Wives At War airs this Saturday (September 12) at 9pm