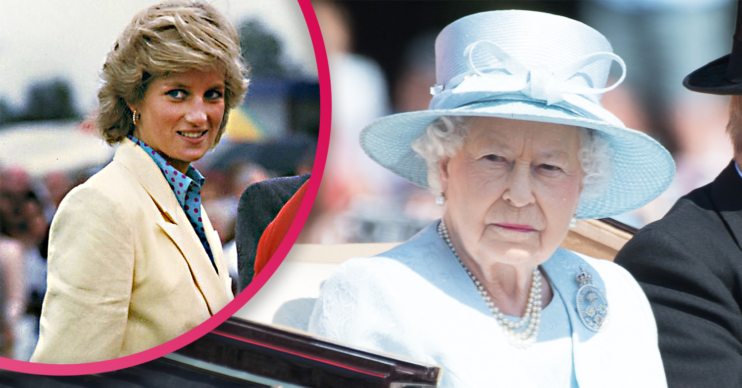 Princess Diana is branded a “tart” by the Queen in a new musical that is set to air on Netflix early next year.

Diana: A New Musical will see the monarch slam the late princess, while Diana is also seen in bed with James Hewitt.

The monarch can be seen to say: “She’s going out dressed up like a tart.”

The stage show previewed in New York in March, but the production halted due to the coronavirus pandemic.

Now, however, Netflix is said to be planning on recording the musical at a New York theatre next month. It will air “early next year”.

However, fans are calling for Prince Harry to intervene to stop Netflix airing the tacky new musical based on his late mother’s life.

Earlier this week, it was revealed that Harry and wife Meghan Markle had signed a £112 million deal with Netflix.

As part of the deal they want to create “movies and series” that will air on the network.

They are thought to have set up their own production company and want to “content that informs but also gives hope”.

However, Diana: A New Musical appears to be the complete opposite of that.

It’s been branded sordid and tacky and her former bodyguard Ken Wharfe has urged Harry to step in and ensure the musical is pulled from the schedule.

This musical story is not a joyous journey of love with a happy ending but an episodic account of untruths, scandal and sex.

He told The Sun: “The Diana musical, soon to be premiered on Netflix, presents a huge dilemma to them both. If the critics are to be believed, this musical story is not a joyous journey of love with a happy ending but an episodic account of untruths, scandal and sex.”

He added: “Harry loved his mother dearly and has spoken of her in such loving detail recently. He now has the chance, irrespective of his lucrative deal with Netflix, to stand alone from his wife and make clear his abhorrence of such a musical and call Netflix to account.

“If he were to do this, his fading popularity would be guaranteed a huge resurgence.”

Off with her head

In the musical, the Queen also addresses Princess Diana during a meeting where they agree Charles and Diana will divorce.

Read more: Faye Brookes looks loved up in new pictures on day out with boyfriend

The monarch says: “In the old days we would have chopped off your head.”

Diana also squares up to Camilla – Charles’ future wife – in one scene.

In another, she is seen self-harming after Prince Charles moans “another boy” shortly after the birth of Prince Harry.

He is seen saying: “Another boy. It seems you ignored my request for a girl.”

The musical ends with reports of Princess Diana’s death in a car crash, which took place in August 1997.