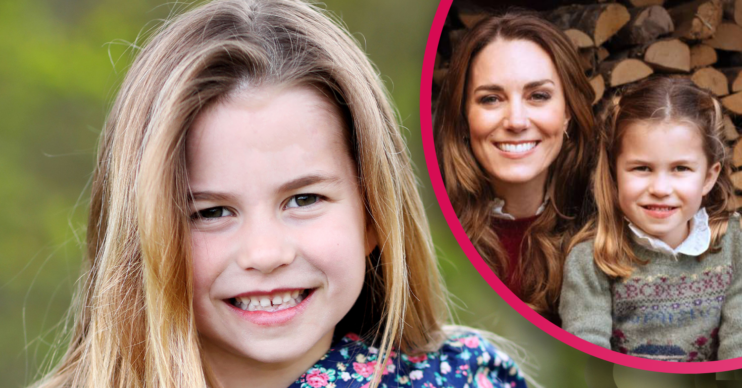 Fans of Princess Charlotte have praised her sensitivity towards nature as a new photo was released on social media.

An image of the six year old – alongside pics of Peacock and Red Admiral butterflies – was shared this morning (August 7).

Uploaded to social media, the shot of Prince William and Kate Middleton‘s daughter showed her carefully handling one such insect.

Why is there a new photo of Princess Charlotte?

The Butterfly Conservation charity is encouraging people to count butterflies they see.

And that’s because butterflies are “vital parts of the ecosystem as both pollinators and components of the food chain”.

Charlotte’s contribution to the efforts impressed royal fans. And many were keen to remark on how “tenderly” she picked up one of the creatures herself.

🦋 We wanted to share these beautiful Peacock and Red Admiral butterflies as part of Big #ButterflyCount initiative taking place across the UK. pic.twitter.com/rZlvshEvbK

— The Duke and Duchess of Cambridge (@KensingtonRoyal) August 7, 2021

So how did royal fans react?

Many observers who replied to the posts on Twitter and Instagram were delighted to see a new image of the young royal.

Others hailed her “gentle hands” and her taking care of the delicate butterfly she was holding.

“The care she is taking with the butterfly in her hands shows so much empathy,” one person claimed.

A third contributed: “The world in tiny hands.”

And others added they reckon she is “so tender” and “a beautiful kind little girl gently cupping her hands”.

There were also commenters who reckon Charlotte is helping to inspire younger people, too.

“What beautiful photos and for such a great cause,” a fan wrote.

“Princess Charlotte is the sweetest!”

Another enthusiast said: “Such a lovely photo of Charlotte. [It is] so important to encourage kids to get involved with nature.”

And yet another person claimed: “Our littlest Princess is so adorable, kind and gentle.

“She’s already a leader for her generation.”

Charlotte has not featured on her parent’s social accounts for a while, with her brother Prince George’s antics as a Euro 2020 spectator grabbing headlines.

Due to an unfortunate timing clash with the Cambridges taking a break from social media to take a stand against online abuse, Charlotte’s sixth birthday portrait was only shared by the royals’ wider accounts.

Her father commented on the celebrations: “She had a lovely day, thank you.

“Last year it was her birthday in lockdown but this year we were able to have one other family over.”

He added: “They grow up very fast. It was great fun.”

Who took the photo of Princess Charlotte?

The Duchess of Cambridge was behind the camera for Charlotte’s birthday picture.

It is not know who the photographer of today’s image is.

Nonetheless, some fans on social media believe Kate is responsible.

One speculated: “The Duchess took the photos while the family were in Norfolk.”

Another wrote: “Whoever took these has quite the eye!”

And someone else enquired: “Did Kate take these?”

So what do you think?Leave us a comment on our Facebook page @EntertainmentDailyFix and let us know.