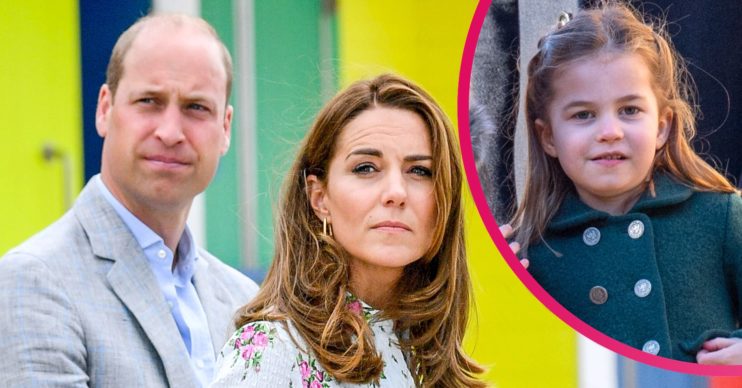 Princess Charlotte celebrates her sixth birthday tomorrow (May 2) and royal fans have been left disappointed after plans to post official pictures are reportedly “scrapped”.

However, William and Kate have just announced they are taking a four-day break from social media.

Why are Kate and Will taking a break from social media?

The Duke and Duchess of Cambridge are taking the step in support of the Football Association against online abuse.

While we understand this, what about Princess Charlotte’s 6th birthday?

William tweeted: “As President of the FA I join the entire football community in the social media boycott this weekend. W.”

Read more: Palace ‘fears Meghan Markle will be booed if she returns to the UK’

Over on Instagram, some royal fans shared their dismay, with many saying they’d been looking forward to Princess Charlotte’s birthday post.

One user asked: “So does it means no post(s) for Princess Charlotte’s birthday on 2 May?”

No new photos of Princess Charlotte on her birthday?

Another user asked: “What about Charlotte’s birthday?”

A fourth user moaned: “While we understand this, what about Princess Charlotte’s 6th birthday?”

But other fans argued that we may still treated to the birthday photos as the duke and duchess may publish the photos on another account.

The Royal Family and Clarence House also have official accounts.

One fan suggested: “Most likely the photo of Charlotte will be shared on another royal house page (ie: the official Queen’s page and or Clarence house).

“It just means they personally won’t be on the net this weekend.”

William, who is President of the FA, is taking the step with Kate to put pressure on tech giants to do more about social media trolling.

Racist and sexist abuse aimed at footballers often runs rabid on social media – and the royals are now taking a stand.

According to The Mirror, William is dedicated to stamping out racism in football.

He reportedly vowed “enough is enough” and is urging for greater action against trolls to be taken.