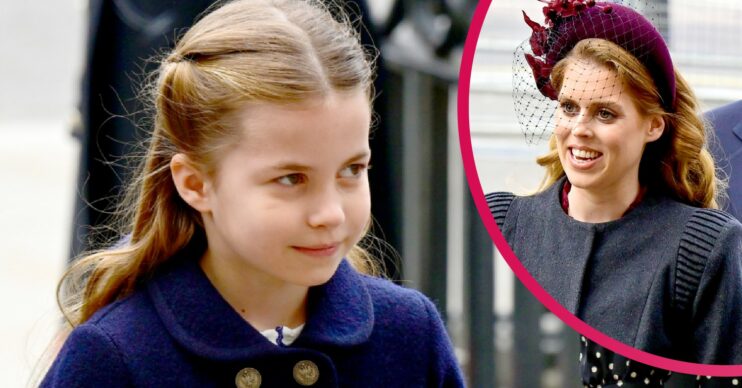 A touching moment between Princess Beatrice and Princess Charlotte during Prince Philip‘s memorial was caught on camera today (Tuesday, March 29).

The moment warmed the hearts of many, who took to Twitter to gush over it.

Such a sweet moment between Princess Charlotte and Princess Beatrice, just look at them 🥺❤️ pic.twitter.com/lUq7uPe1cG

A memorial service for the late Prince Philip was held today at Westminster Abbey.

A large number of the Royal Family, including the Queen, attended the service, which was broadcast on BBC One.

Princess Charlotte was in attendance today, and a sweet moment between her and Princess Beatrice was caught on camera.

As those in Westminster Abbey are singing a hymn, six-year-old Charlotte then turns and catches Beatrice’s eye.

Princess Beatrice then grins at the young royal, drawing a smile from Charlotte, before both then go back to singing.

Fans react to moment between Princess Charlotte and Beatrice

Fans took to Twitter to gush over the adorable moment between the royals.

“Aw I have a feeling they have always had a lovely relationship! A pic from Eugenie’s wedding comes to mind,” one fan said.

“Aww that is the cutest,” another wrote.

Additionally, a third tweeted saying: “So sweet. Love to see it.”

“This moment [is] absolutely everything. I love every small interaction between the kids and Bea,” another wrote.

What else happened at the memorial service?

“Lovely to see Prince George and Princess Charlotte this morning, even though it was for a more somber occasion,” another said.

Additionally, Prince Harry‘s failure to attend didn’t go down well with some fans either. “What an absolute disgrace that Prince Harry didn’t attend the memorial service to Prince Phillip,” one angry fan tweeted.