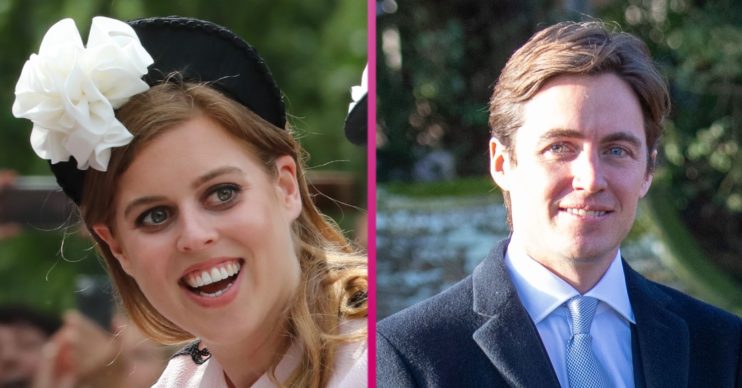 The Queen is said to have been there

According to reports, Beatrice tied the knot with her beau this morning (Friday, July 17) in a ceremony attended by around 20 guests.

What happened at Princess Beatrice’s wedding?

There to see their nuptials were The Queen and the Duke of Edinburgh, as well as Beatrice’s father Prince Andrew.

That’s according to The Sun, which reported that Beatrice, 31, and Edoardo, 37, said their I do’s while strict social distancing measures were in place.

The publication reported that the Queen made her way to the ceremony from Windsor Castle with Prince Phillip. They have been isolating at the property since the coronavirus lockdown came into effect in March.

A driver reportedly took them the three miles up the Long Walk and through to the private church from Windsor Great Park.

The monarch then left the ceremony at 11.45am.

It follows the cancellation of Beatrice and Edoardo’s original plans because of the pandemic.

In March, ED! reported they had called off their nuptials.

They were due to take place in May, but following government guidelines their plans were scrapped.

In a statement at the time, Buckingham Palace said: “Princess Beatrice and Mr Mapelli Mozzi are very much looking forward getting married but are equally aware of the need to avoid undertaking any unnecessary risks in the current circumstances.

Scrapped due to the lockdown

“In line with government advice for the UK and beyond, the couple are reviewing their arrangements for 29th May.

“They are particularly conscious of government advice in relation to both the wellbeing of older family members and large gatherings of people.

“Therefore, the planned reception in the Buckingham Palace Gardens will not take place.

“The couple will carefully consider government advice before deciding whether a private marriage might take place amongst a small group of family and friends.”