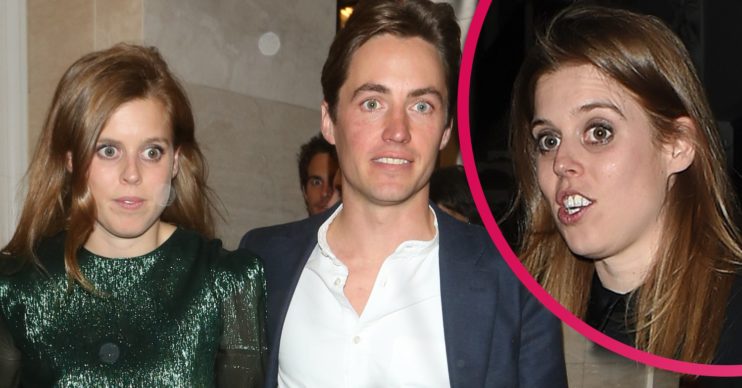 The princess was reportedly caught out...

Princess Beatrice has been accused of breaking COVID rules.

The Princess, 32, was reportedly spotted dining inside at a London restaurant – with five of her friends.

London is currently under tier 2 COVID restrictions. Diners are only allowed to dine inside with those they share a household with.

But diners can dine outside with those outside of their COVID bubbles.

But in the snaps they are joined by four others, believed to each be from separate households.

Fashion designer Peter Dundas is believed to have been part of the dinner outing.

He shared a snap of himself with Beatrice on his Instagram account. In the snap they are wearing face masks, but huddled together, clearly not maintaining social distance.

However, according to The Sun, Beatrice’s party are claiming that the meeting was one of business.

Under tier 2 restrictions, parties from other households can meet for business purposes indoors.

But it is claimed her dinner out was for ‘business’

But this rule is mainly aimed at those that are freelancers or self-employed.

The story broke just days after Rita Ora and Kay Burley were forced to apologise for breaking COVID rules.

Singer Rita Ora was caught out celebrating her 30th birthday with a group of friends at a restaurant.

She then reportedly didn’t self-isolate after returning from a concert gig in Egypt.

This was a serious and inexcusable error of judgement.

Rita said in her apology statement: “I’m deeply sorry for breaking the rules and in turn understand that this puts people at risk.”

Before adding: “This was a serious and inexcusable error of judgement.”

Meanwhile Sky news veteran Kay, 60, celebrated her birthday with colleagues at a restaurant.

She then apparently invited several back to her home for drinks.

Kay has since been suspended from her Sky News role for six months.

One of her apologies included: “I have today agreed with Sky News to step back from my broadcasting role for a period of reflection.

“It’s clear to me that we are all in the fight against COVID-19 and that we all have a duty to stick firmly by the rules.

“It doesn’t matter that I thought I was COVID-compliant on a recent social event. The fact is I was wrong, I made a big mistake, and I am sorry.”

*ED has reached out to Buckingham Palace for comment.