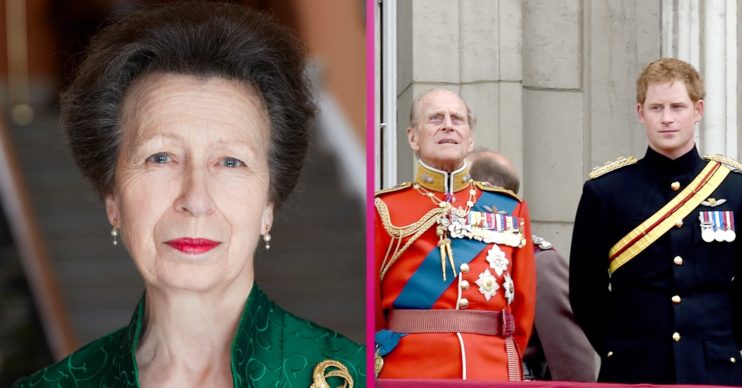 This comes after Prince Philip died at the age of 99 in April of this year.

And a year since Prince Harry and Meghan Markle stepped down as Senior Royals.

‘It would be a shock’

While speaking to the Daily Star he said: “It would be a shock if she was not at least given the opportunity to decline some of those patronages that have opened up.”

He added: “Her very demeanour is very good for the patronages that her father had.

“She commands the respect of the armed forces and that’s why she will be given more of those honorary patronages which will have been left behind by Philip and her nephew chose to abandon.”

Indeed Princess Anne, now 70, is often referred to as the ‘hardest working Royal’.

What did Princess Anne say about Prince Philip’s passing?

She issued a heartfelt statement on her late father shortly after his passing.

This included: “Without him life will be completely different. But from society’s perspective he was able to keep pace with the kind of technological changes that have such an impact… but above all that it’s not about the technology it’s about the people.”

Meanwhile, in a rare interview with Vanity Fair to mark her 70th birthday, she urged young Royals ‘to not reinvent the wheel’.

She explained: “And I’m already at the stage, ‘Please do not reinvent that particular wheel. We’ve been there, done that. Some of these things don’t work.'”

Also she said she had no intention of ever retiring from her royal duties.

Anne has not spoken about Prince Harry nor Meghan Markle on their departure from the UK.

However, it has been widely reported that both she and her daughter Zara Tindall gave him the cold shoulder upon his return.

Apparently he received a “frosty” reception when he attend Prince Philip’s funeral in Windsor last month.

A source told the Mail on Sunday: “They are still very upset. They are putting on a united front for the Queen. They all think he has behaved appallingly.”