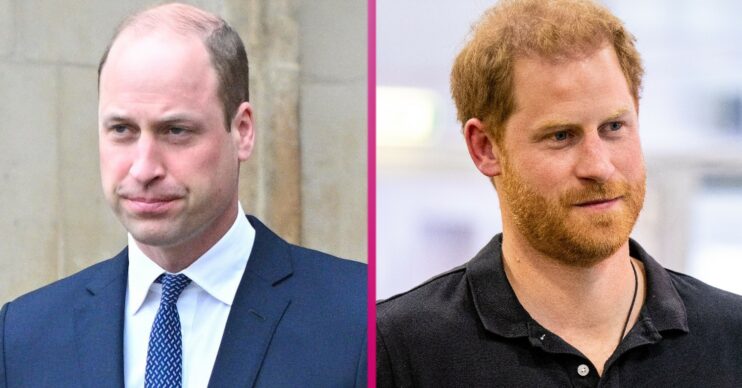 The brothers will reunite at the Queen's Platinum Jubilee celebrations

Prince William reportedly wants to hold talks with his brother Prince Harry but is “fearful” his brother will spill the conversations to Netflix.

The brothers will reunite at the Queen’s Platinum Jubilee celebrations next month as Harry and Meghan travel over from the US.

However, according to reports, the Duke of Cambridge is “wary” about his brother’s decision to join the celebrations.

William and Harry’s relationship was said to be strained following the Duke of Sussex’s decision to step back from royal life in 2020.

A source claims William wants to talk with Harry to “heal their rift” during the reunion.

The insider told The Sun: “William wants to talk to Harry to try to heal the rift between them but he’s fearful it will find its way on to Netflix, Oprah or into Harry’s upcoming book.”

Meanwhile, royal photographer Tom Bower added to the publication: “William will worry that Harry and Meghan will pull a stunt to try to get the limelight.

“Kate and William would be foolish not to be suspicious and would be unwise not to be cautious.”

Last Friday, Meghan and Harry confirmed they would be attending the Jubilee celebrations.

A spokesperson for the couple said they felt “honoured” and “excited” to attend.

However, the couple won’t be appearing alongside the Queen in one of the Jubilee’s biggest moments.

On June 2, the Queen will stand on the Buckingham Palace balcony during the Trooping the Colour ceremony.

But Harry and Meghan, along with Prince Andrew, won’t join her.

In a statement from the palace, it was confirmed Her Majesty, 96, had decided to only have working members of the Royal Family on the balcony with her.

The statement also said: “Her Majesty is looking forward to the weekend and will be taking part in the celebrations.

“But her presence will not be confirmed until much nearer the time or even on the day itself.”