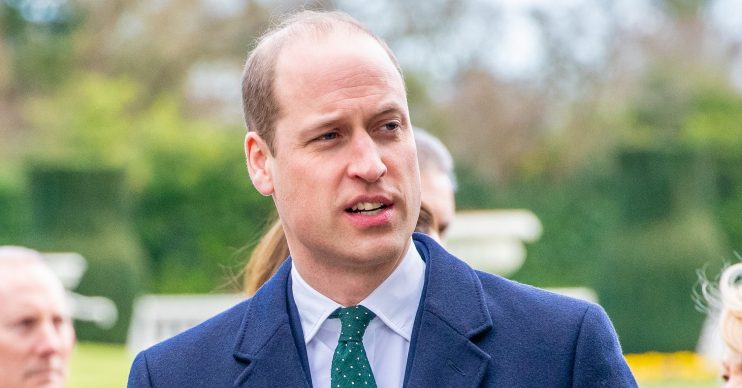 Tensions between William and his brother Harry appeared apparent in photos from the event, which showed both appearing tense and withdrawn.

This was the final major event Prince Harry attended as a royal, as he has stepped down from his senior royal duties with his wife Meghan Markle.

She told Marie Claire after analysing a photo of William sitting at the event: “He’s doing a comfort palm, that palm down on his leg, which is comforting and suppressing his emotional state or he’s trying to suppress how he’s feeling.

“The fist on top of that is an indication that he is suppressing slight amount of anger and if you go all the way up to the mouth, he’s doing a lip compression, which also says, ‘I’m suppressing my true emotional state.’

“The furrowed brow that would say, it’s anger as well.”

Video footage of the event showed William and Kate barely interact with Harry and Meghan, and only Prince Edward appeared to make any effort to engage in proper conversation with the soon to be former royals.

The event was attended by the Queen and several thousand additional attendees, including representatives from each of the 54 Commonwealth countries.

Despite coronavirus concerns, the royals did not wear gloves but refrained from shaking hands.

A lip reader expert even determined that William remarked on how “weird” this was to Kate shortly after they took their seats.

According to This Morning’s royal commentator Camilla Tominey, The Telegraph’s lip reading expert told her William said: “We can’t shake hands and we have to hold back. We will have to put loads of hand gel on afterwards. I am not used to it, it feels weird.”

Harry and Meghan announced in January that would be stepping down from their senior royal duties, and their final day of duty is March 31.

They have since relocated to Vancouver Island, Canada, with their ten-month-old son Archie, and have pledged to become “financially independent”.

What do you think of this body expert’s claims? Share your thoughts with us on our Facebook page @EntertainmentDailyFix.