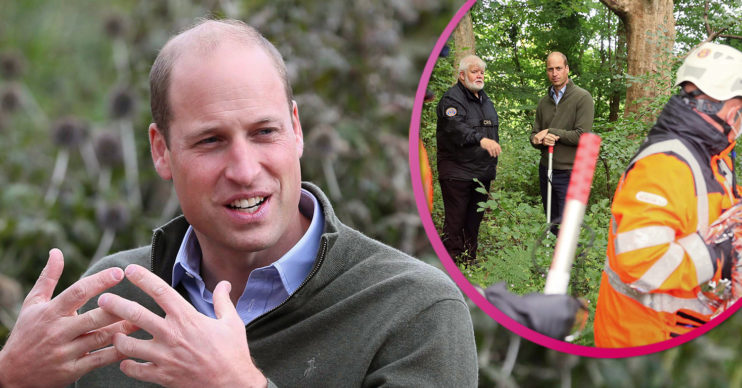 The Duke struggled with mental health

Prince William, the Duke of Cambridge, has opened up on mental health.

The royal, 38, said he noticed a huge sense of sadness while serving as an air ambulance pilot.

Visiting Belfast for Emergency Services Day in the UK, William spoke of his own experiences.

He attended a workshop with first responders who discussed how they cope with traumatic emergencies.

William said: “I couldn’t put my finger on it, but you just felt very sad.

Read more: Prince George will be addressed by his ‘surname’ back at school

“Sadly with the Air Ambulance you get a lot of deaths and I didn’t realise (the impact) – I would go to the next one and the next one.”

On Tuesday (September 8), he convened a meeting with leaders from the emergency services across the UK.

Here he stressed that more emotional support needs to be offered to those serving.

His speech included: “I know first hand, that even in routine circumstances, those of you on the frontline can face immense challenges that can naturally have a significant impact on both your physical and mental health.

This is not the first time the second-in-line to the throne has discussed mental health.

He, Kate Middleton and Prince Harry set up Heads Together in 2016.

He has discussed his own mental health issues on several occasions since.

In 2019, he talked about the pain he suffered from losing his mother, Princess Diana, in 1997.

Appearing on Royal Team Talk: Tackling Mental Health, he said: “I’ve thought about this a lot, and I’m trying to understand why I feel like I do, but I think when you are bereaved at a very young age, any time really, but particularly at a young age, I can resonate closely to that, you feel pain like no other pain.

To mark Emergency Services Day (#999Day), Prince William thanked Northern Irish emergency responders for their work throughout the COVID-19 outbreak. The Duke is committed to supporting the mental health and wellbeing of the emergency services community, talking today with staff about the importance of mental health not only for themselves but for their colleagues too. Thank you @PoliceService.ni and @CommunityRescue for the warm welcome!

“I felt that with a few jobs that I did, there were particular personal resonation with the families that I was dealing with.”

He also said working in the ambulance world he was encouraged to speak openly about his feelings.