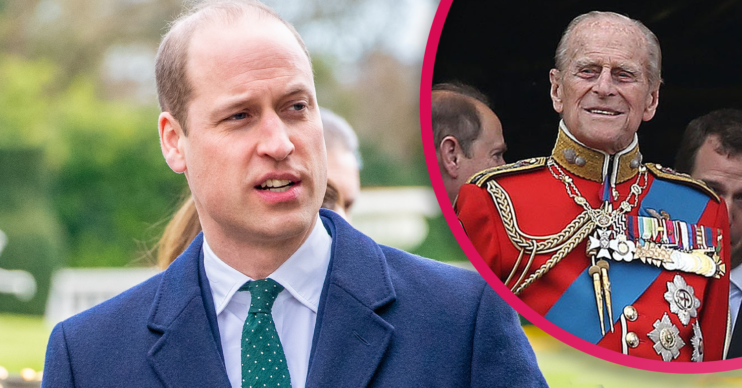 Prince William has reflected on the “sad” death of his grandfather Prince Philip during an outing with wife Kate.

And it was during the engagement that William spoke about his late grandfather.

What did Prince William say about his grandfather?

William was speaking to Evan Jones, 18, and Lee Middleton, 23, about how they’d earned their Duke of Edinburgh gold award.

Congratulating them on their awards, William said: “Do you know he was my grandfather?”

He then spoke about Philip’s “sad” death.

William added: “Sadly he died a few weeks ago.”

He also said that Philip would’ve been “pleased” that the young men – who have learning difficulties – had got their awards.

William said: “He would have been so pleased that you got your awards.”

The second in line to the throne had previously paid tribute to his grandfather.

Read more: The Queen smiles as she returns to work following death of Prince Philip

“Catherine and I will continue to do what he would have wanted and will support the Queen in the years ahead.

“I will miss my grandpa, but I know he would want us to get on with the job.”

When did Prince Philip die?

The Duke of Edinburgh died at the age of 99 on April 9.

His wife of 73 years, Her Majesty the Queen, was by his side as he died at home at Windsor Castle.

Did you know he was my grandfather? Sadly he died a few weeks ago.

Philip was laid to rest at a royal ceremonial funeral on April 17.

It was the first time William had seen brother Prince Harry in a year – and the brothers were seen chatting following that explosive Oprah Winfrey tell-all interview.

After the sadness of the past few weeks, it’s onto happier times for William and Kate this week.

And, if pictures of the couple laughing and joking as they played golf and clambered aboard a tractor yesterday are anything to go by, it looks as though it’ll be a day of love, light and laughter for the much-loved royals.

Head to our Facebook page @EntertainmentDailyFix and tell us what you think of William’s comments.