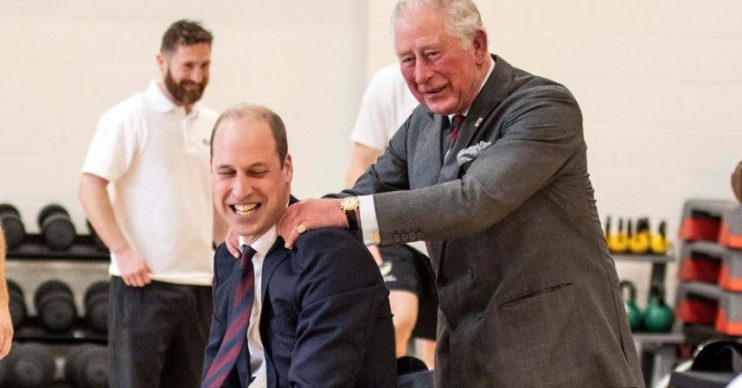 A rare glimpse into their relationship

Royal fans have heaped praise on a video of Prince William playing wheelchair basketball with his dad, Prince Charles, and called it the ‘perfect’ father-son moment.

Earlier today (February 12 2020), the pair were joined by the Duchess of Cambridge, Kate Middleton, and Charles’ wife Camilla, the Duchess of Cornwall, for an event at the Defence Medical Rehabilitation Centre in Loughborough.

William got into a basketball wheelchair as he tried his hand at the Paralympic sport, while his old man gave him a helping hand by pushing him around the court.

The touching moment was captured in a video shared on the Cambridges’ Instagram account, which was captioned: “Sixth time lucky. The Duke of Cambridge scores in wheelchair basketball (with a little help from The Prince of Wales!) during a visit to the Defence Medical Rehabilitation Centre today.

“Together with The Duchess of Cornwall and The Duchess of Cambridge, they met patients and staff at DMRC Stanford Hall, which rehabilitates some of the most seriously injured members of the Armed Forces, whilst also helping to return those who have been injured in the course of training to work.

“It’s not all about physical rehabilitation though — supporting the mental health of patients is also a key part of the recovery process, with several patients at centre using gardening as a form of therapy, and in the workshop woodworking and other practical skills helped people gain more confidence and learn new skills.”

In the comments, royal fans rushed to heap praise on the “perfect” and “beautiful” father-son interaction.

One said: “A proud daddy cheering for his son. So sweet.”

Another wrote: “It’s so cute how bouncy and giddy he was when his dad started pushing the wheelchair closer, lol. Soooo cute!”

Such a beautiful father-and-son moment.

A third put, along with a heart emoji: “Love this moment between father and son.”

“Sooo cute to see the affection between Prince Charles and Prince William,” commented a fourth, adding: “A rare glimpse of them just being father and son!”

Someone else said: “Perfect father and son moment.”

“Such a beautiful father-and-son moment,” wrote a sixth.

In the video, Charles pushes the wheelchair to edge William closer to the basketball hoop.

He makes two attempts with the ball but misses both, to the groans of those gathered on the court. On his third attempt, William scores and the Prince of Wales throws his arms in the air in celebration.

What did you think of their father-son moment? Leave us a comment on our Facebook page @EntertainmentDailyFix and let us know.