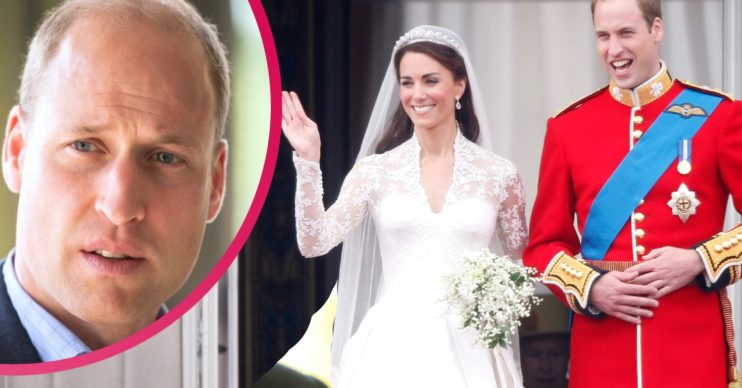 Kate Middleton doesn't mind, either, according to reports

In Prince William news, the Duke is following a family precedent in not wearing his wedding ring.

Several news outlets have claimed the Duke of Cambridge has chosen not to keep a band on his hand.

Apparently the reason for this choice is quite a simple one.

But had you even noticed William’s ring finger is bare?

Eagle-eyed observers recently noticed there appeared to be a ring missing from William’s hand.

He and Kate Middleton posed for special commemorative pictures which were released in April to mark their tenth anniversary.

But some royal fans were confused as to why a member of one on the most famous couples in the world seemed to not be displaying his wedding ring.

And they might be even more surprised to learn that William never has kept his ring on in the decade following their big do in 2011.

Does Kate wear her wedding ring?

According to reports, the Duchess of Cambridge is a confirmed jewellery fan.

It’s all down to personal preference.

It is thought she wears three rings on her engagement finger. A white gold diamond-studded ring joins her engagement sapphire and the traditional Welsh gold wedding band.

The chunky ring is made from a special nugget of gold from the Clogau St David’s mine at Bontddu in North Wales.

So why doesn’t William wear his?

According to a royal source, Wills just isn’t keen on wearing a ring at all.

Furthermore, the second-in-line to throne apparently doesn’t feel the need to bear any personal ornaments.

The insider said: “He’s not one for jewellery.”

They explained: “He’s never worn any. He decided he didn’t want to wear one now. It’s all down to personal preference.”

Additionally, it seems that not wearing a wedding ring has a history within the Windsors.

It is thought the Duke of Edinburgh, who married the Queen in 1947, also decided not to have his band on day-to-day.