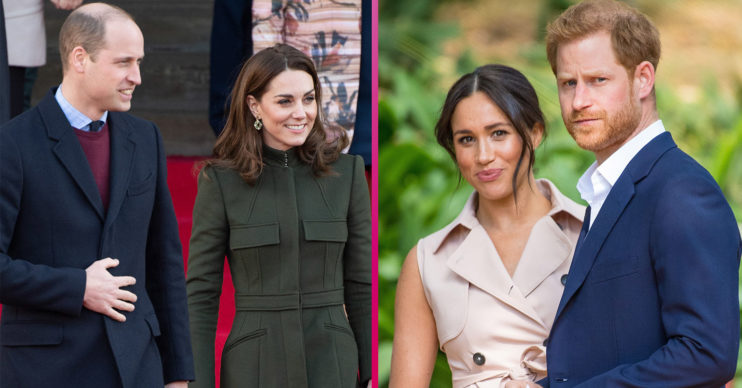 Meghan made a claim about Kate during her Oprah chat

Last weekend, the Duke and Duchess of Sussex‘s tell-all chat aired and they made a series of bombshell claims within it.

Meghan made one claim that the Duchess of Cambridge allegedly made her cry in the lead-up to her wedding to Prince Harry.

Reports after the wedding claimed that Meghan made Kate cry, but the former actress claimed it was the other way around.

PEOPLE magazine reports that William is “very protective” of Kate and can get “angry”.

Read more: Kate Middleton ‘mortified’ by Meghan Markle’s claim ‘she made her cry’

Royal biographer Penny Junor said: “William is very protective of Kate and can get very angry.

“For Meghan to name Kate in a negative light is worse than being attacked himself.”

ED! has contacted reps for Kate and William for comment.

What did Meghan say about the alleged row with Kate?

It came after Meghan made her claims during the interview with Oprah Winfrey.

The pair had reportedly had a row over bridesmaid dresses and months after the nuptials, reports claimed Meghan left Kate in tears.

However, Meghan claimed the “reverse happened”, adding: “And I don’t say that to be disparaging to anyone, because it was a really hard week of the wedding, and she was upset about something.

Earlier this month, Finding Freedom author Omid Scobie revealed an alleged email in which Meghan asked the Palace to correct the ‘false’ story.

However, he claims her requests were ignored.

Meanwhile, recent reports have claimed Kate was “mortified” that the incident was brought up again.

Royal expert Katie Nicholl told OK! Magazine: “Kate has never wanted any suggestion of a rift with Meghan to come out in the press, so for this story to be circulating is very hard.”

She added: “Kate felt it was all sorted, so to have it brought up again was mortifying.

“Kate is not in a position to respond and Meghan and Harry know that.”