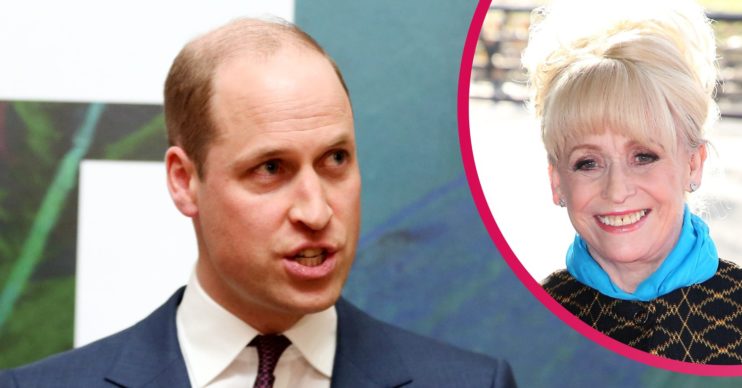 Prince William made the news last night when he paid tribute to late star Barbara Windsor, hailing her as a “giant of entertainment”.

The Duke of Cambridge was with Kate Middleton and the kids at the London Palladium on Friday (December 11) for the National Lottery’s Pantoland, put on to thank the capital’s key workers for their efforts during the pandemic.

Speaking at the event, he took a moment to remember the former EastEnders actress, who died this week following a battle with Alzheimer’s.

Prince William news: What did the Duke say about Barbara Windsor?

He told the audience: “Before I go on, I want to pause and pay tribute to a true national treasure, Dame Barbara Windsor, who so sadly passed away last night.

“She was a giant of the entertainment world, and of course a legend on pantomime stages across the country, including here at the London Palladium.

“And I know we’ll all miss her hugely.”

Tributes to Barbara Windsor from friends and former co-stars

Friends and former co-stars paid tribute to Barbara after hearing she had passed away.

She was a giant of the entertainment world… a legend on pantomime stages.

Ross Kemp posted a touching tribute on Instagram to his former colleague, whom he affectionately called “Bar”.

He wrote: “‪Dame Barbara Windsor, the woman who always had time for everybody, has sadly left us. I will miss Bar always.”

Writing further, he said her husband Scott Mitchell could have “done no more”.

And ex EastEnders star June Brown said Barbara would “always be alive in her mind”.

Speaking to The Sun about the last phone call she had with her pal and former colleague, June revealed: “In our last phone call she asked me several times where I was – I finally said, ‘I’m at home’ and her comment was, ‘I’d like to come to your home’, but it was too late for that.”