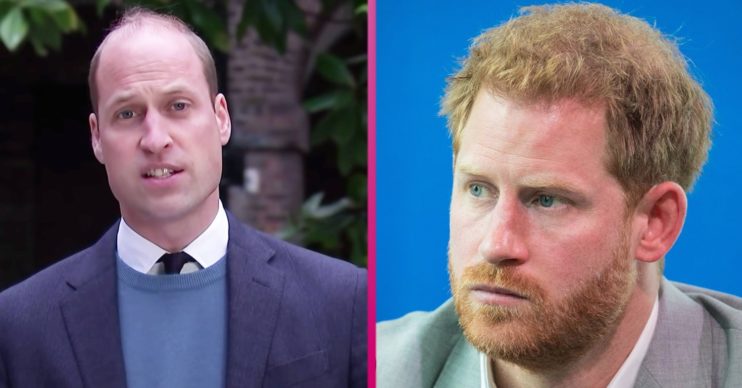 At loss as to why brother is criticising relatives on telly

Prince William cannot understand why Prince Harry is “shading” relatives on TV, according to the latest royal family news.

A tabloid report claims the Duke of Cambridge is at a loss as to why his brother is not working through his issues privately.

Furthermore, William is said to be unable to work out why Harry is going public while making accusations about their family.

Harry in the headlines

Prince Harry recently claimed he was treated with “total neglect” by the royals.

He also claimed in The Me You Can’t See documentary that he was “silenced” after sharing his problems. He also indicated he felt “trapped” by his royal lifestyle.

Read more: Prince Harry and William can only heal if Meghan Markle is ‘out the picture’, expert claims

“Certainly now I will never be bullied into silence,” Harry vowed.

“I thought my family would help. But every single ask, request, warning, whatever it is, just got met with total silence, total neglect.”

What has Harry said about Prince Charles?

Harry also criticised Prince Charles, his and William’s father, for not “breaking the cycle” of their upbringing.

William feels that Harry should discuss his issues privately.

“If you suffered, do everything you can to make sure that whatever negative experiences you had, you can make it right for your kids.”

How has Prince William reacted to the news about Harry’s comments?

A US magazine reckons William believes Harry should focus on his wellbeing rather than blaming their family.

A royal insider told US Weekly: “William feels that Harry should discuss his issues privately and can’t comprehend why he continues to shade his own flesh and blood on TV.”

Read more: Prince William accused of ‘flirting’ as he travels to Scotland ahead of wife Kate

The source continued: “Of course, mental health is a serious issue.

“But William can’t get his head around why Harry keeps throwing his family under the bus.”

And, according to some observers, the only chance the brothers have of patching up their relationship is if Harry’s personal circumstances change dramatically.

American journalist Kinsey Schofield suggested: “I think the only way that things would go back to normal is if Prince Harry and Meghan Markle were to separate and Prince Harry returned to the UK solo.

“However, Harry would never leave his children in another country.”

However, it’s been reported that Charles would always be keen to heal any rift.

A source said: “Charles is such a gentle man and a dedicated father first and foremost. He’ll be feeling wretched. He wants to seek a reconciliation. He is not vindictive at all.”