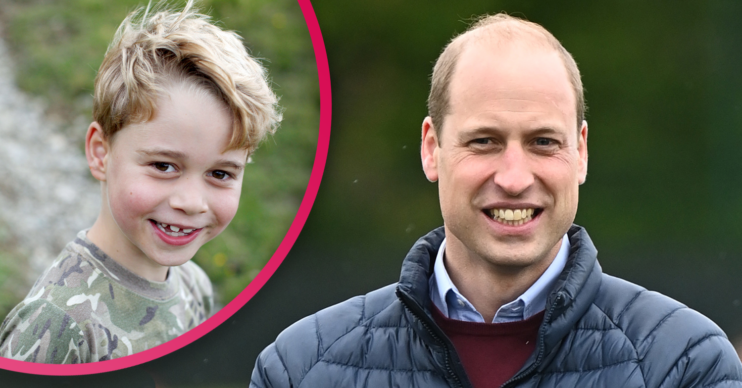 And William has one for his first-born too

Prince George has a pretty sweet nickname for his dad Prince William, news reports have claimed.

George, eight, is the eldest of William and wife Kate’s three children.

They are also parents to Charlotte, six, and Louis, three.

And now an intimate look into their life as a family has been revealed.

The Duchess of Cambridge let George’s sweet nickname for his father slip during a visit to Leicester City Football Club back in 2018.

The couple were at the ground to pay tribute to chairman Vichai Srivaddhanaprabha, who died in a helicopter crash.

People magazine reported that football fan Fiona Sturgess asked Kate how the kids were doing, and it was then that she revealed George’s nickname for his beloved dad.

Prince George has a nickname too

William isn’t the only royal in the household with a nickname, though, Prince George has one too.

Apparently, shortly after he was born his parents started calling him by his initials, PG.

They then added the words Tips after his name, after the famous teabag brand.

This was eventually shortened to just Tips.

Princess Charlotte has one too and William called his daughter it at a family visit to the Chelsea Flower Show a few years ago.

William was playing on a swing at the flower show and asked his daughter to come over and give him a push.

However, instead of calling her Charlotte, he addressed his only daughter as Mignonette.

The French word is said to mean “small, sweet, and delicate” or “cute”.

Nicknames for youngest child Prince Louis are yet to be revealed, but Kate also had an adorable one as a child.

She was called Squeak, derived from the name of her guinea pig.

Head to our Facebook page @EntertainmentDailyFix and tell us what you think of the royal nicknames.