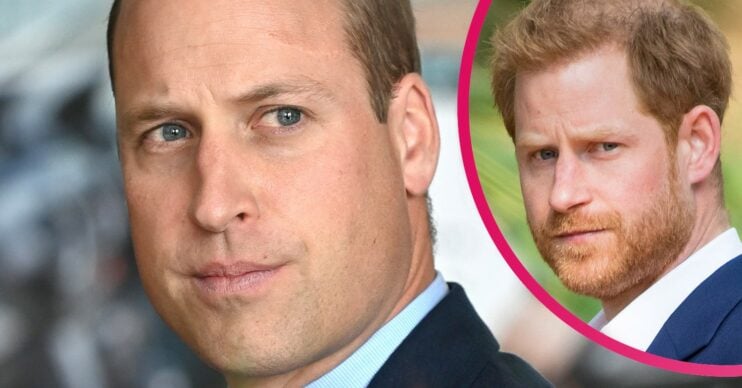 A royal author has made these explosive claims...

The historian claims they argued after several royal staff alleged Meghan had ‘bullied’ them.

Harry was apparently irate when William said he was concerned over the complaints. So much so that he allegedly hung up on his older brother.

In an extract from a new version of Lacey’s book, published by The Times, the author claims: “Harry shut off his phone angrily, so William went to speak to him personally.

Why have Prince William and Prince Harry fallen out?

“The prince was horrified by what he had just been told about Meghan’s alleged behaviour, and he wanted to hear what Harry had to say.

“The showdown between the brothers was fierce and bitter.”

According to the royal author, Harry responded by saying that he believed someone in the royal circle was ‘racist’.

Read more: Prince William ‘found it difficult to play second fiddle to Harry when they were kids’

And that ultimately made William decide that he “simply did not want her or Harry around any more”.

Indeed, Prince Harry and Meghan Markle have insinuated that there was racism within the Royal Family.

During their interview with Oprah Winfrey, Meghan alleged there were ‘concerns’ within the family over how dark her son Archie’s skin would be.

What did Meghan say about the Royal Family?

The former Suits actress told Oprah that there had been several “concerns and conversations about how dark his skin might be when he was born”.

However, both Harry and Meghan refused to say which royal had allegedly made the comments.

Meghan claimed: “That was relayed to me from Harry. Those were conversations that family had with him.

“That would be very damaging to them.”

What’s more, Finding Freedom co-author Omid Scobie has also claimed that there were “several conversations” about Archie’s skin colour within the family.

He said at a Foreign Press Association event: “To Harry I can see how it is one conversation, to Meghan who would have been involved in the follow up conversations I can see – because there were other people aware of this conversation within the family and within the institution, that did also speak about it, some not so sympathetically.

“So you then are in a position where you start to feel, ‘Well, it’s not just this one person, it’s others as well’, and it becomes a much bigger issue.”