Prince William and his wife Kate Middleton have given royal fans a rare look inside their home as they self-isolate at Anmer Hall in Norfolk.

Their children Prince George, Princess Charlotte and Prince Louis are all reported to be with them.

But even though the royals are locked down in luxury, Prince William and Kate Middleton are doing their bit in the struggle against the coronavirus pandemic.

The couple are giving their backing to a Public Health England mental health initiative designed to support people during the COVID-19 outbreak. 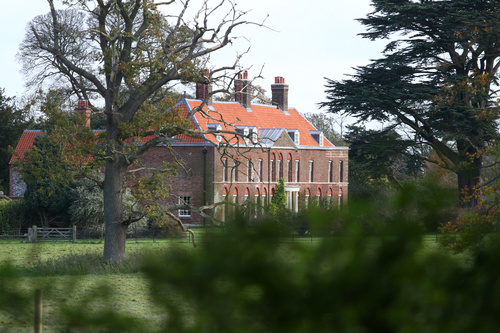 The advice encourages people to keep in contact with family and friends by phone or social media. It also urges sticking to a regular routine and ensuring sleeping patterns remain steady.

William and Kate said in a statement: "The last few weeks have been anxious and unsettling for everyone.

By pulling together and taking simple steps each day, we can all be better prepared for the times ahead.

"We have to take time to support each other and find ways to look after our mental health.

"It is great to see the mental health sector working together with the NHS to help people keep on top of their mental well-being.

Self-isolation and social distancing can pose huge challenges to our mental health — in recent weeks The Duke and Duchess of Cambridge have been in regular contact with organisations and patronages to understand the issues they are facing during this difficult time. Last week ☎️ The Duke spoke to @mindcharity CEO Paul Farmer, and The Duchess spoke to Catherine Roche, CEO of @_place2be. Today Public Health England has published new guidance to help support people during the COVID-19 outbreak, and updated its world-leading Every Mind Matters platform, with specific advice on maintaining good mental wellbeing during the outbreak; take a look at our Story or visit the link in our bio 📱 to find out more. Speaking about the new guidance, The Duke and Duchess said: • “It is great to see the mental health sector working together with the NHS to help people keep on top of their mental well-being. • By pulling together and taking simple steps each day, we can all be better prepared for the times ahead”. • The Government has also announced a grant for @MindCharity to help fund their services for people struggling with their mental wellbeing during this time.

Read more: The Steph Show with Steph McGovern will air sooner than planned

"By pulling together and taking simple steps each day, we can all be better prepared for the times ahead."

William and Kate's Instagram account also shared two snaps of the royals in their office at home.

A sitting William is shown taking a call next to a marble fireplace, with a huge lamp and a printer nearby.

The image of Kate, meanwhile, sees her seated at a large desk with a collection of Penguin Classics. It is believed Jane Austen novels Emma and Sense and Sensibility are among the titles on view. 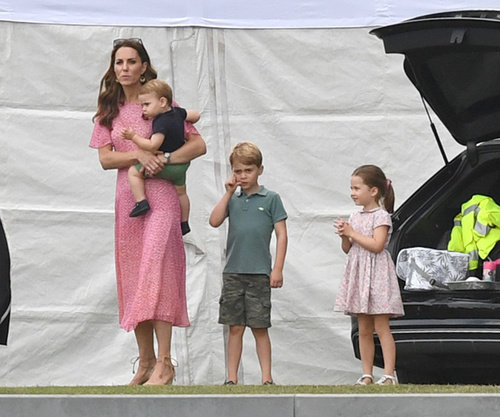 She is wearing a pink trouser suit in the picture and a window seat looking out onto the grounds of the 10-bedroom country pile can also be seen.

The Cambridges' main residence is Kensington Palace in London. But according to reports, their young children are making the most of being out of the city.

An anonymous source is reported to have told The Sun: "George, Charlotte and Louis are now relishing their freedom in the spacious gardens of Anmer Hall.

"Climbing frames, a climbing wall and swings are a big part of the Cambridge outdoors activity scene, and Kate will do pond dipping and note-taking to log what they have spotted.

"Birdwatching with binoculars is another favourite of the kids."