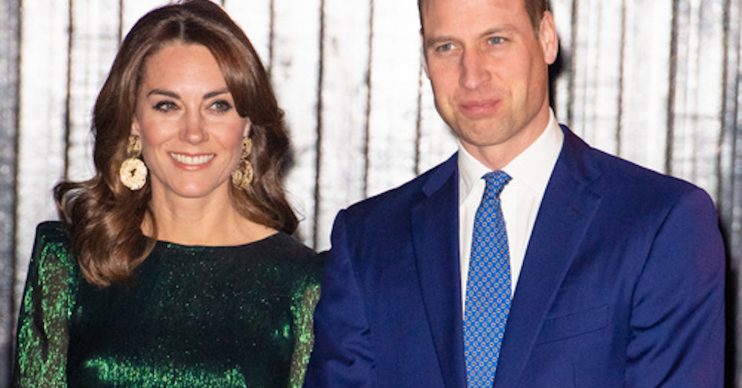 The Duke of Cambridge reportedly joked he and Kate Middleton are ‘spreading’ coronavirus during their tour of Ireland, a tabloid has claimed.

According to Mail Online, Prince William asked emergency workers whether fears over the disease are being ‘hyped up’, apparently quipping that people may also be exaggerating any symptoms of illness.

It is believed Wills made the comments as he and Kate attended a reception by the British Ambassador at Dublin’s Guinness factory last night.

It is reported he asked Joe Mooney, an advance paramedic with the National Ambulance Service: “I bet everyone’s like ‘I’ve got coronavirus, I’m dying’, and you’re like ‘no, you’ve just got a cough.'”

William apparently went on to enquire: “Does it seem quite dramatic about coronavirus at the moment? Is it being a little bit hyped up do you think in the media?”

However, it seems the small talk continued as William later joked the royal couple’s three-day trip was contributing to the spread of the outbreak.

Does it seem quite dramatic about coronavirus at the moment?

He is reported to have said: “By the way, the Duke and Duchess of Cambridge are spreading coronavirus, Sorry. We’re keeping an eye on that, so do tell us if we need to stop.”

While the Queen wore gloves as she handed out medals during an investiture ceremony in London yesterday – believed to be an attempt to minimise infection – Wills and Kate have continued to meet and greet as usual while in Ireland.

It is thought they shook hands with dozens of people during the first leg of their trip, including as they got off their flight.

Mail Online also suggests the Cambridges are continuing with ‘business as usual’ and following guidance from Public Health England and the Department of Health.

During a toast – with both Wills and Kate enjoying sips of the Black Stuff – to their hosts, the Prince noted how the Queen had previously visited the factory.

He said: “Ireland is a country that we have both heard so much about, so we are really excited to be here with you to see it first hand for ourselves.

“In coming to the Guinness Storehouse, we are retracing the footsteps of my grandmother, who was shown how to pour the perfect pint here in 2011.

“Ladies and gentlemen – let me tell you it is not often that I find myself following the Queen to a pub.

“But I am looking forward to testing for myself the theory that Guinness tastes even better in Ireland than overseas.”