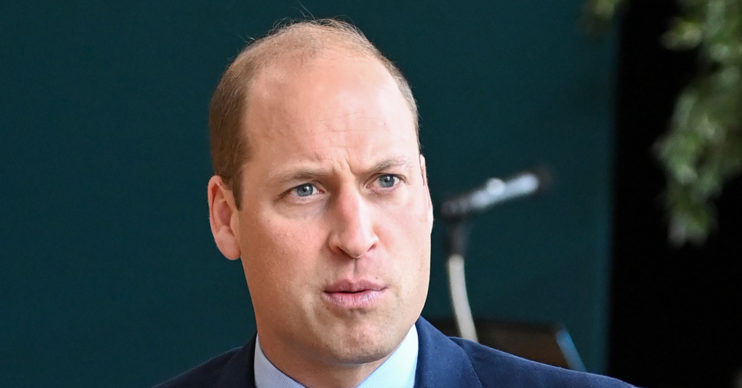 Prince William is the latest royal to become the victim of cruel trolling after the terms ‘Bald at 38’ and ‘Prince William at 38’ trended on Twitter over the weekend.

William, 38, has indeed gone bald in recent years – and the cruel hashtags were direct taunts at the Duke of Cambridge.

Twitter users took his hair loss as an opportunity to mock the the second in line to the throne.

Several posts compared him to older Hollywood stars, who still have a full head of hair.

However, dozens of additional users rushed to the prince’s defence.

Many argued that it was a form of body-shaming and that baldness is just a natural progression of life for millions of men the world over.

Read more: Prince William ‘denies he is trapped in the Royal Family’

One user declared: “What’s with all the bald shaming of Prince William? Haven’t we been fighting for decades – if not centuries – for body positivity & an end to body shaming?

“There are other things to criticise him for, but that is pretty hypocritical & revolting.”

While another user defended William with: “I say this as a stanch republican – tweeting about Prince William because he’s essentially bald just kinda sucks. What happened to all that #BeKind?”

Whereas a further user argued: “Why have people got this ridiculous thing about Prince William going bald at 38. It happens for God’s sake. Get a grip.”

And a fourth user reasoned: “Many people making fun of Prince William for being bald. Will is confident enough to not base his worth on his looks and even can joke about it himself.

“But I hope other men who are bald and insecure don’t see their tweets and feel even more insecure over what they can’t control.”

In addition, other users pointed out that his younger brother, Prince Harry, 36, is also balding.

One user claimed: “Hey #bekind imposters #PrinceWilliam is bald big deal, so am I so is Prince Harry going that way. Is this the depth of your mentality. I pity your future kids if being bald is such a problem. They’ve got a hard job being as perfect as you obviously are.”

And another argued: “#PrinceHarry is balding too at the age of 36 not just #PrinceWilliam alone. Nothing wrong with being bald but don’t ridicule one brother when the other is also meeting the same fate.”

Fortunately, William sees the funny side in his baldness, and has poked fun at himself on several occasions.

Back in 2017, he shook hands with some local London-based barbers.

He quipped: “I don’t have much hair, I can’t give you much business.”