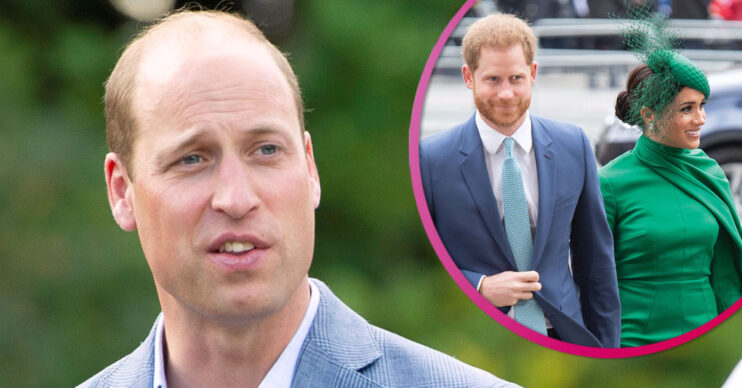 Harry and Meghan stepped back from royal life last year

Prince William is ‘dreading’ Prince Harry and Meghan Markle‘s next move, a royal expert has said.

The Duke and Duchess of Sussex have lined up a string of projects since stepping back from their senior royal roles last year.

Following their Oprah interview in March, Harry has also criticised his family in a few interviews.

Royal expert Duncan Larcombe told OK! Magazine: “What do they do next? That’s a question Prince William is dreading the answer to.

“Ultimately, they have to find a way to do their work in LA while not trading in on the royal brand.

“Prince Harry hasn’t exactly been subtle. He’s revealed to the world that he pretty much hates his family and the whole system is rotten to the core, but by continually talking about the royals, they’re cashing in on the brand.”

Mr Larcombe added that if Harry and Meghan “spend their whole careers selling that royal brand” then they’ll “never speak to William again”.

Meanwhile, last week, William and Harry put on a united front to unveil a statue of their late mother Princess Diana.

However, the rumoured rift between the brothers remains.

Royal photographer Arthur Edwards said Harry and William – who he has known since they were toddlers – need to “remember the happiness”.

He wrote in The Sun: “Hopefully, they will remember the happiness they enjoyed by looking at the statue of their mother with her arms around two children and another child hiding behind the back.”

He added: “Maybe now the insults will finally stop and peace will break out.”

Harry is reportedly planning to return to the UK in September for another Diana memorial event.

However, Meghan may join her husband as well as their two children, Archie and Lilibet.