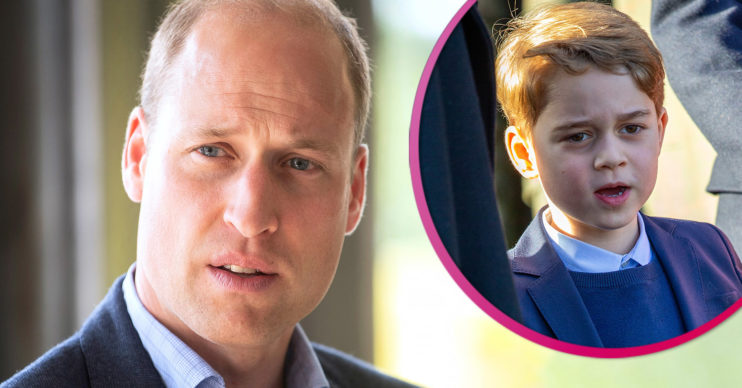 The charity said it wasn't a 'good look'

Prince William has been criticised by an animal charity after he reportedly took his son George grouse hunting.

The charity said it “wasn’t a good look” and that shooting grouse negatively impacts the eco-system.

What did Prince William do?

The Duke of Cambridge, 38, reportedly took seven-year-old Prince George to a group shoot over the Bank Holiday weekend.

The event was at Corgarff, near the Queen’s Scottish residence, Balmoral.

A spokesperson for the League Against Cruel Sports said: “Taking Prince George along to a grouse shoot isn’t a good look for a royal family that is trying to promote itself as progressive and compassionate.

“Shooting hundreds of birds at a time just for fun doesn’t chime with Prince William’s commitment to protecting wildlife, especially as the negative impact on the environment and other wildlife from intensive grouse moor management is huge.

“The League campaigns to ban commercial shooting on this basis – shooting hundreds of thousands of birds a year just for fun has no place in a modern society.”

Meanwhile, PETA Director Mimi Bekhechi told MailOnline: “Very few people these days view shooting for ‘sport’ as anything other than a violent perversion that hurts and kills beautiful birds who are minding their own business.

“For a child to be compelled to witness such casual killing – and by a parent he looks up to, no less – is potentially as harmful to his or her psyche as it is to the bird’s very life.

“To help him grow into a responsible, compassionate leader, his parents must teach him respect for all living beings.”

Ent Daily has contacted reps for the Duke of Cambridge for comment.

When did William and Kate visit the Queen?

The claims come after the Queen was reportedly reunited with her grandchildren recently.

Her Majesty, 94, had been forced to stay away from her family during coronavirus lockdown.

William, Kate Middleton and their three children – George, Charlotte, five, and Louis, two – reportedly made the trip to Balmoral.

A source told The Sun that William, Kate and the children had “been up there for a few days and although there are very strict procedures with social distancing, [and] they’ve been able to find ways of seeing each other outside.

They said: “It’s obviously been a difficult year for the Queen and Duke of Edinburgh seeing the country dealing with the pandemic, so they were all keen to go there to show their support.”

Kate has been a ‘rock’

Separate reports suggest that Kate, 38, has been a ‘rock‘ to the monarch during the coronavirus pandemic.

A source told US Weekly that William and Kate have taken on more royal duties and stayed in touch.

“These are strange times for everyone, senior royals included, and having Kate as her rock has made it so much easier for the Queen to adapt to her new life at Windsor,” the source said.

“More than anything, knowing she can rely on Kate and Prince William to handle matters in her absence is the greatest comfort she could ask for.”