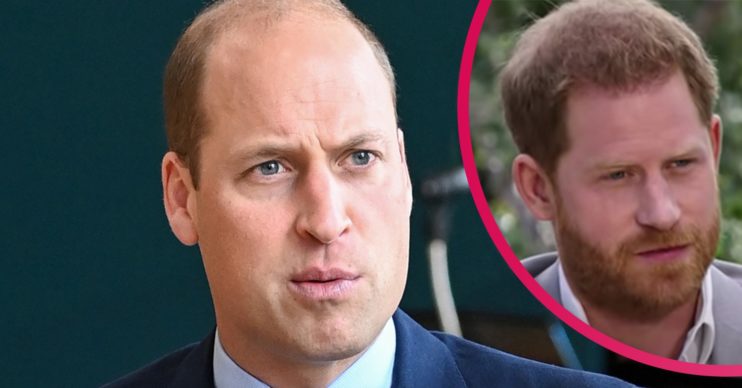 He is apparently worried about trusting his younger brother again...

The second-in-line to the throne, 38, is also apparently now “uncomfortable” about talking to his brother, 36.

A source said to be close to Harry and Wills spilled all to American magazine US Weekly.

Why is Prince William so concerned?

It’s been reported that the Duke of Cambridge was furious over Harry’s claims to Oprah.

And he was said to be even angrier when Gayle King revealed his private chat with his brother in the aftermath.

The source said: “He says it was a cheap shot to leak details of their private call and that he twisted the truth.”

The source added that William now fears any future conversation with Harry could be leaked to the press.

Indeed, Gayle King said on CBS This Morning that Harry had told her his chats with William after the interview were “not productive.”

“The word I was given was that those conversations were not productive. But they are glad that they have at least started a conversation.”

Has Prince William responded to the Oprah interview claims?

Meanwhile, Prince William has only commented on the interview once publicly.

During a school visit, a reporter asked if the royal family was racist.

To which Prince William replied: “We are very much not a racist family.”

Within the Oprah interview, both Meghan Markle and Harry detailed an alleged racist incident.

They said that “concerns” had been raised over the colour of their son Archie’s skin.

Meghan said: “”In those months when I was pregnant, all around this same time, we have in tandem the conversation of he won’t be given security, he’s not going to be given a title, and also concerns and conversations about how dark his skin might be when he’s born.”

Later on in the tell-all, Harry said: “That conversation I’m never going to share.

“At the time, it was awkward. I was a bit shocked.”

But after the interview aired, Oprah said that Harry told him the alleged comments didn’t come from The Queen or Prince Philip.

When will William and Harry be reunited?

It remains unconfirmed when Prince Harry will return to the UK.

However, he is expected to join his brother William for the unveiling of their mother Princess Diana’s statue at Kensington Palace on July 1 of this year.