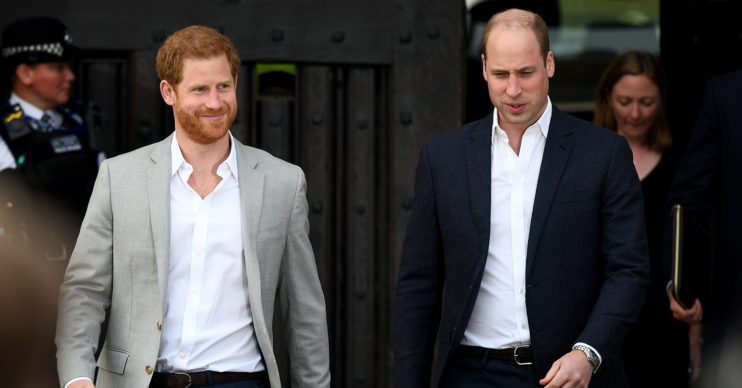 Prince William and Prince Harry's rift is apparently many years in the making.

Robert Lacey is a royal author who also serves as a royal expert for Netflix’s The Crown. And he has now written William and Harry – The Friendship and The Feuds.

Out in October, the book looks set to make some sensational claims about the British royal brothers.

One being that their rift stretches all the way back to when Princess Diana and Prince Charles decided to divorce.

This and the odd brotherly dynamic of the “heir and the spare” is what has driven the brothers apart – says Robert.

“These two brothers – once inseparable…”

In the press release for the upcoming book, Robert writes: “These two brothers – once inseparable and now separated by much more than mere distance – have been acting out the contradictions that go back into their childhoods and even before that: into their parents’ ill-fated marriage.

“We have seen conflicts between heir and spare in every recent generation of the royal family — but nothing so profound as this.”

However, he adds that he has been moved to tears by the brothers’ alleged conflicts.

He continues: “I have been astonished and sometimes moved to tears by the fresh details and insights I have discovered in researching this story of family conflict.

“It has been both enthralling and painful to trace this drama through the memories of close witnesses and some of the people most intimately involved.”

“Astonished and sometimes moved to tears”

This book is one of a string of upcoming publications focusing on Prince Harry and his personal relationships.

Set for an August release, Finding Freedom: Harry and Meghan and the Making of A Modern Royal Family, is set to explain the alleged rift through Harry and Meghan’s perspective.

Written by Omid Scobie and Carolyn Durand, there are fresh fears that it will paint Prince William in a deliberately negative light.

A source recently told The Sun that palace aides are concerned the book will depict William as “the bad guy”.

A royal insider source told the tabloid: “They are worried William especially will be portrayed in a bad light.

“This sort of family spat shouldn’t be out there in public.”

What do you think of this upcoming book’s claims? Share your thoughts with us on our Facebook page @EntertainmentDailyFix.