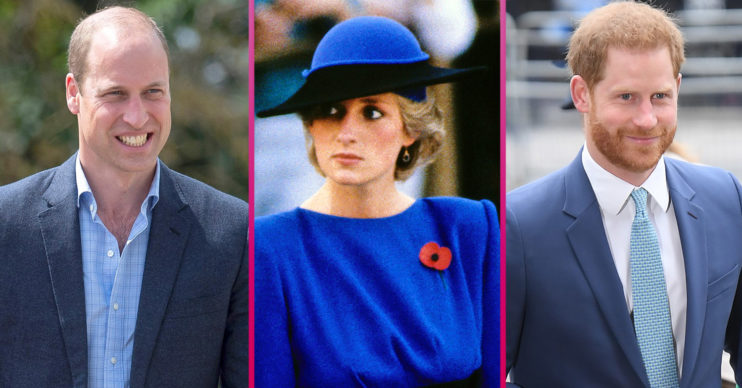 The late Princess' wedding dress will go on display

Prince William and Prince Harry have agreed for their late mother Princess Diana’s wedding dress to go on display.

The brothers have loaned the gown, which will go on show at Kensington Palace as part of a Historic Royal Palaces temporary exhibition.

This will be the first time in more than 25 years that the dress has been put on display.

The full silk taffeta dress will be the stand-out piece at the Royal Style In The Making exhibition.

The event will open in the newly-restored historic Orangery on June 3 until January 2022.

The stunning dress has a scooped neckline and large puffed sleeves with bows and deep ruffles of taffeta.

It also features a fitted bodice overlaid at the centre both front and back with panels of antique Carrickmacross lace that had originally belonged to Queen Mary, Prince Charles’ great-grandmother.

The dress was designed by David and Elizabeth Emanuel for Diana when she married Prince Charles in 1981.

Matthew Storey, exhibition curator at Historic Royal Palaces, said: “Our summer exhibition at Kensington Palace will shine a spotlight on some of the greatest talents of British design…

“…whose work has been instrumental in shaping the visual identity of the royal family across the 20th century.”

In addition, he said: “While one of the highlights will undoubtedly be Diana, Princess of Wales’s show-stopping Emanuel-designed wedding dress – which goes on show at the palace for the first time in 25 years – we’ve got some real surprises up our sleeve for fashion fans.”

Meanwhile, Harry is due to fly over to the UK in July for the unveiling of a Princess Diana statue.

The statue will mark what would have been the late Princess’ 60th birthday.

However, his pregnant wife Meghan Markle is reportedly due to give birth to their second child around June time.

Will the Duke of Sussex visit the UK?

Royal expert Russell Myers has said Harry may use the birth of his second baby as an “excuse” to miss the visit.

Mr Myers told talkRADIO: “I’m told he’s still committed to coming. I’m sure he could jump on a private jet and make a flying visit.