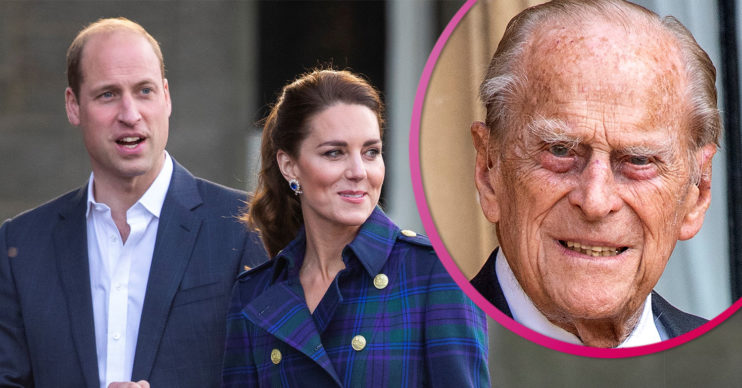 The Duke and Duchess of Cambridge are in Scotland this week

Prince William and Kate Middleton took one of Prince Philip’s beloved Land Rovers to travel to a drive-in cinema.

The Duke and Duchess of Cambridge hosted a screening of Disney film Cruella at the Palace of Holyroodhouse in Scotland on Wednesday.

The screening was to honour NHS Staff, who have worked tirelessly throughout the coronavirus pandemic.

The couple arrived at the venue in a 2A Land Rover from 1966 that once belonged to William’s late grandfather Prince Philip – who died in April.

The Queen had loaned them the vehicle for the occasion.

Kate and William’s Instagram page shared footage of the Duke and Duchess arriving at the Palace of Holyroodhouse.

It saw the couple speaking to people from their cars.

Kate said: “As Joint Patrons of @NHSCharitiesTogether, William and I are absolutely delighted that so many of you could join us here tonight.

“We wanted to thank you for the extraordinary dedication, commitment and personal sacrifice you have shown in supporting our communities through this pandemic.

“We invite you to grab your popcorn, cuddle up under your blankets and be transported to 1970s Britain for an evening of much-deserved fun, drama, glamour and escapism! #Cruella.”

Royal fans loved the post, as one gushed: “This is literally the most amazing idea! So fab!”

In addition, another wrote: “What a fantastic idea, also lovely you went to meet attendees.”

The Duke of Edinburgh was a big fan of Land Rovers.

During his funeral on April 17, a customised Land Rover carried Philip’s coffin.

In addition, Buckingham Palace said it was “designed and custom-made to the duke’s specification”.

Meanwhile, Kate and William’s visit to the drive-in cinema was part of their royal tour in Scotland this past week.