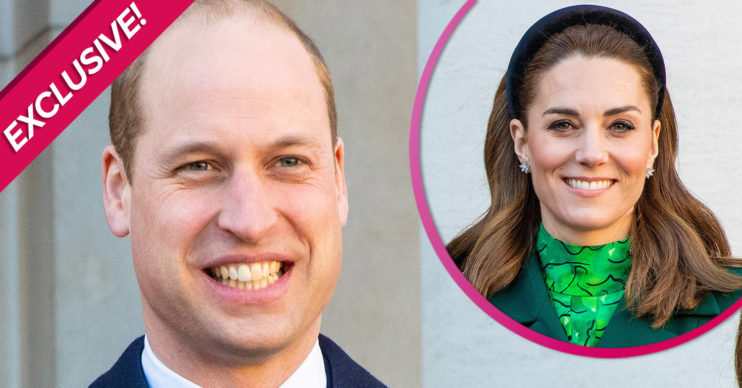 Prince William and Kate Middleton mark anniversary but what did Duke gift his wife?

The Duke and Duchess of Cambridge will reportedly enjoy low-key celebrations and it seems their gifts may be low-key too.

However, according to a royal expert, William is more likely to give Kate a special gift than the other way around.

Speaking about the gifts they’ll give each other, Ingrid Seward, author of Prince Philip Revealed, told Entertainment Daily!: “I would think they’ll probably keep it low-key.

“If there’s a gift, I think it will be coming more from William.

“He might want to give her a nice piece of something because obviously she’s worked really hard and they have three children.

“I think it will be more from William than her.”

Well, according to reports today, Ingrid was spot on and William gave his wife a £9,000 daisy-shaped pendant, which she is wearing in official anniversary pictures.

The expert added to ED!: “I suspect they will so what most working couples will do, they’ll probably go out for a celebration or have a celebration at home.

“I would think that they’ll just have a private celebration at home.

“They’ll probably be inviting friends, they can do that.”

When did William and Kate get married?

The Duke and Duchess of Cambridge tied the knot on April 29, 2011 at Westminster Abbey.

I think it will be more from William than her.

The couple had announced their engagement in November of 2010 after William popped the question during a private holiday to Kenya in October of that year.

Millions around the globe tuned in to watch the pair get married as thousands of others lined the streets to celebrate.

William and Kate have now gone on to have three children – Prince George, Princess Charlotte and Prince Louis.

William is second-in-line to the throne, meaning one day Kate will become Queen Consort.

Her uncle recently said the Duchess was “born ready” for the role.

He told the Daily Mail: “I’ve said it before but I mean it, she’s as beautiful inside as out. And she knows about duty and putting others before herself. Kate is a giver, not a taker.”