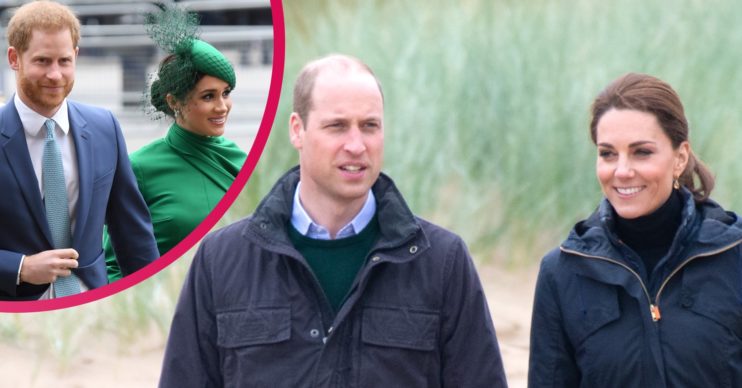 The Charity Commission will see if an investigation is necessary

Prince William and Kate Middleton have defended donations redirected to two of Prince Harry and Meghan Markle’s charitable ventures from the Royal Foundation.

A spokesperson for the Duke and Duchess of Cambridge’s foundation said grants made from the organisation to Sussex Royal were to support the Sussexes’ charitable work.

What did Prince William and Kate Middleton’s foundation spokesperson say?

They also said the donations were “reported transparently” and were “fully in line” with the rules regarding such transfers.

As reported by the Daily Telegraph, the spokesperson said: “The grants made to Sussex Royal were to support the charitable work of The Duke and Duchess of Sussex.

“They were fully in line with governance requirements and were reported transparently.”

It follows a call from anti-monarchy group Republic for the Charity Commission to investigate grants given to the Sussex Royal Foundation, which is Harry and Meghan’s former UK charity, and the prince’s sustainable tourism project, Travalyst.

In response, the Charity Commission will assess the complaint to see whether or not there needs to be an inquiry.

They were fully in line with governance requirements.

It comes as the Cambridges celebrate their eldest child Prince George’s birthday this week.

He turned seven today (Wednesday, July 22) and his family marked the occasion with sweet tributes to the lad on social media.

They shared a new picture of George on Tuesday (July 21) evening, and royal fans who flocked to comment on the snap thought he looked the spitting image of his dad.

Kensington Palace wrote alongside the image: “Sharing a [photo] taken by The Duchess ahead of Prince George’s seventh birthday tomorrow!”

A third said: “Spitting image of Will!”