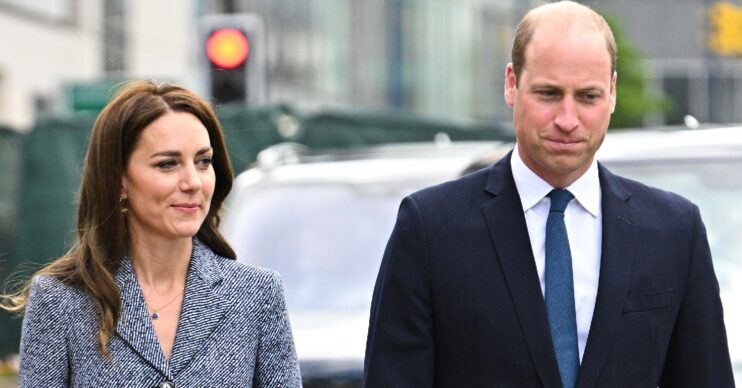 The royal couple were in Manchester today

The royal couple paid tribute to the victims of the 2017 Manchester Arena bombing by attending the opening of a new memorial this afternoon.

Twenty-two people were tragically killed when a bomb went off during an Ariana Grande concert at the arena in 2017.

Over 1,000 people were also injured during the attack.

Almost five years on, a new memorial honouring the victims of the attack has been erected in Manchester.

Prince William and Kate were among those who attended the official opening of the Glade of Light Memorial this afternoon.

The royal couple attended a service held alongside the memorial, before heading into Manchester Cathedral for a private service.

As well as being present for the opening of the memorial, Prince William also gave an emotional speech paying tribute to those who died during the attack.

“I remember only too well the shock and grief on the faces of those I met when I visited Manchester in the days following the atrocity,” he said.

“And the rawness of emotion at the Commemoration Service, held at your Cathedral just here, a year later.

“Five years on I know that the pain and the trauma felt by many, has not gone away,” he continued.

“As someone who lives with his own grief, I also know that what often matters most to the bereaved is that those we have lost are not forgotten.”

The Duke of Cambridge then continued, saying: “There is comfort in remembering. In acknowledging that, while taken horribly soon, they lived. They changed our lives.

“They were loved, and they are loved.”

William then explained that this is why the Glade of Light memorial is so important, and why he and Kate wanted to be amongst the people there today.

“When the people of Manchester gathered to pay respect to the victims just days after the atrocity, you told the world that your music would not be silenced,” he continued.

“Instead, you raised your voices together and you sang a song of love that was written by some of this city’s most famous sons.

“On that day you told each other that you would not look back in anger. And you showed the world the true heart of this extraordinary place.”

He then said that they should use the memorial to “look back” at the ones they’ve loved and lost. William then paid tribute to Manchester’s strength, before he and Kate went for a walk in the memorial gardens.