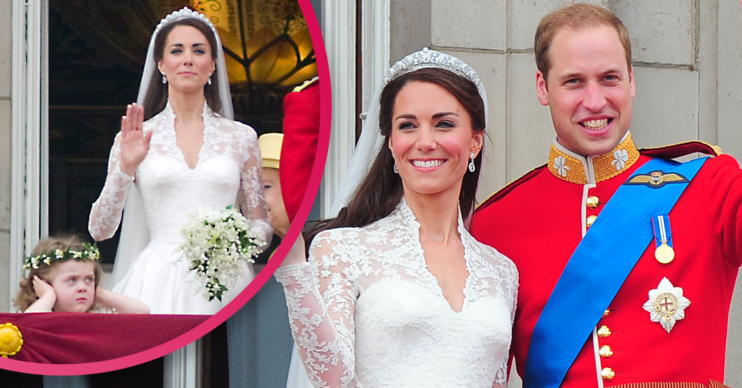 Prince William and Kate celebrate 10th anniversary: Where are their bridesmaids and page boys now?

However, while the Duke and Duchess of Cambridge are regulars on the pages of Entertainment Daily, most of their bridesmaids and page boys aren’t.

So, 10 years on, what happened to the youngsters who looked so adorable during the royal wedding on April 29, 2011?

Prince William and Kate anniversary: Who were the bridesmaids and page boys?

Read more: Prince Harry ‘made sacrifice for William before he proposed to Kate’

They were pictured in the official photographs after the wedding, crowding round the deliriously happy bride and groom.

They were also seen on the balcony of Buckingham Palace – although some appeared happier to be there than others!

The daughter of Prince Edward and Sophie, Countess of Wessex, was just seven at the time of the royal wedding.

Today, she’s a striking 17 year old, most recently seen out with her parents and younger brother James, Viscount Severn, attending the funeral of grandfather Prince Philip.

Louise is 14th in line to the throne and a pupil at St Mary’s School in Ascot.

Just eight at the time of the wedding, Lady Margarita is now a beautiful 18 year old.

She’s the youngest child of the Earl and Countess of Snowdon and the only granddaughter of Princess Margaret.

Lady Margarita is 25th in line to the throne and a student at Tudor Hall in Banbury.

She has an interest in fashion, having attended the Dior Cruise show at Blenheim Palace last year.

Lady Margarita has also modelled at a charity fashion show.

The granddaughter of Camilla, Duchess of Cornwall, adorable Eliza was just three as she walked down the aisle at Westminster Abbey.

Now 13, her parents are Camilla’s daughter Laura and her husband Harry Lopes.

Who can forget three-year-old Grace covering her ears and looking pretty disgruntled as the happy couple waved to guests from the balcony of Buckingham Palace?

She became an internet sensation and, now aged 13, she’s stayed largely out of the public eye.

She’s the daughter of William’s friend Hugh van Cutsem, and her mother Rose Astor has revealed on Instagram that she attends a private school near their Oxfordshire home.

The son of William and Kate’s former aide Jamie Lowther-Pinkerton stepped up for page boy duties on the big day.

The family have stayed close to the royals, despite Jamie stepping down from his role in 2013.

He was just eight at the time and rode in the carriage alongside Prince Harry.

Now 18, he’s clearly still close to the Duke of Sussex.

Not only is Harry Tom’s godfather, the teen attended Harry’s wedding with his mum back in 2018.

Head to our Facebook page @EntertainmentDailyFix and send your congratulations to Prince William and Kate on their anniversary.