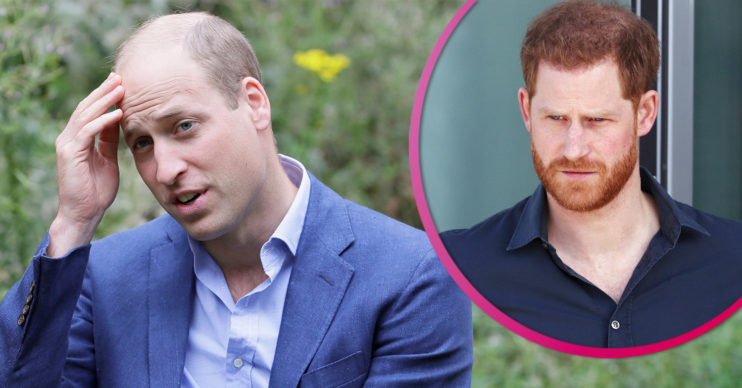 The Duke and Duchess of Sussex quit royal life in March

Harry and his wife Meghan stepped back from their senior royal roles in March and have been living in California.

Omid Scobie, co-author of the biography on Meghan and Harry’s exit Finding Freedom, said the couple’s plans to leave the Monarchy caused the most upset with the Duke of Cambridge.

Speaking on True Royal TV’s The Royal Beat, Omid said: “Where it really went wrong for Harry and Meghan and the Cambridges was that decision to go public with the roadmap to their new working model, the statements that weren’t discussed internally.

“That’s really what caused the most amount of hurt to William because he wears two hats.

“He’s not just the brother.

“He’s also a future king and he felt that that damaged the reputation of the family, that it put family business out in the public domain when it should have been discussed privately.”

Omid added: “And there was a lot of hurt there that continues to this day.

The brothers had not spoken since around the time of the Sandringham summit.

“It’s why we saw such an awkward moment at that Commonwealth service.

“The brothers had not spoken since around the time of the Sandringham summit.

“They hadn’t seen each other. And, you know, that’s really going to take some time to heal.”

Earlier this month, a source claimed Finding Freedom will leave “lasting damage” on their relationship with fellow royals.

The insider told the Mirror: “It’s sadly hard to imagine a world where this won’t do lasting damage to many of the personal relationships explored in this very one sided account.”

Meanwhile, Meghan and Harry recently moved into a new home in Santa Barbara.

The couple were previously staying in Tyler Perry’s home, which was located in Beverly Hills.

However, a source claimed in the Mail Online that Harry wanted to leave here because it ‘wasn’t his style’.

The source said: “While it was a nice favor to them at a very difficult time, Tyler Perry’s house with 18 bedrooms isn’t Harry’s style.”